This farmhouse in Bennettsville was built in 1870 for William Sylvester Mowry. However, it is the home’s second and more colorful owner for whom the property is remembered. Charles Spencer McCall purchased the house in 1875 and christened it Appin for his Scottish ancestral home. 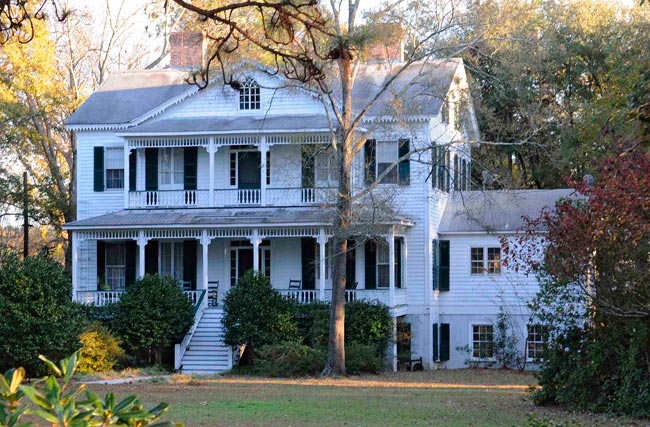 McCall had served with the South Carolina Volunteers and the Hampton Legion during the Civil War. Upon his return to Marlboro County, he made a name for himself by working his way from store clerk to business owner. In fact, McCall’s business acumen led to his roles as vice president of the Bank of Marlboro, president of the Marlboro Cotton Oil Company, and South Carolina Senator from 1877 through 1890 and again from 1902 until 1907. Prior to his second election to the state senate, McCall was elected Mayor of Bennettsville and served in that office from 1889 until 1901. McCall also sat on the Democratic State Executive Committee and acted as a delegate to the National Convention in 1880. 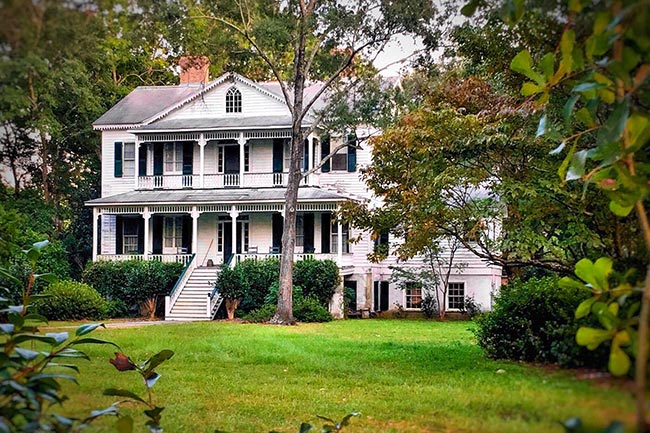 Appin is listed in the National Register:

Appin was reputedly constructed ca. 1870 for William Sylvester Mowry. The two-story frame central hall farmhouse with modest Victorian ornamentation is significant for its association with its second owner, Charles Spencer McCall, a prominent Marlboro County merchant and local politician. McCall purchased the plantation ca. 1875 and renamed Appin for his ancestral home in Scotland. McCall served with the South Carolina Volunteers and the Hampton Legion in the Civil War from 1862 until the surrender at Appomattox. He returned to Bennettsville to work and soon rose from a lowly clerk to owner of his own establishment.

McCall was the vice-president of the Bank of Marlboro in Bennettsville, the president of the Marlboro Cotton Oil Company, and a successful farmer. In addition to his commercial accomplishments, McCall was a member of the Democratic State Executive Committee from 1880-88 and was a delegate to the National Convention in 1880. He was a member of the South Carolina Senate from 1877-1890 and from 1902-1904 and served as mayor of Bennettsville from 1889-1901.