French Huguenots came to McCormick County in the mid eighteenth century. Many settled in Mount Carmel, a community they named after the European hamlet they’d left behind. The newcomers were soon joined by Scots-Irish Presbyterians, and by 1854 the town was large enough to support a post office. 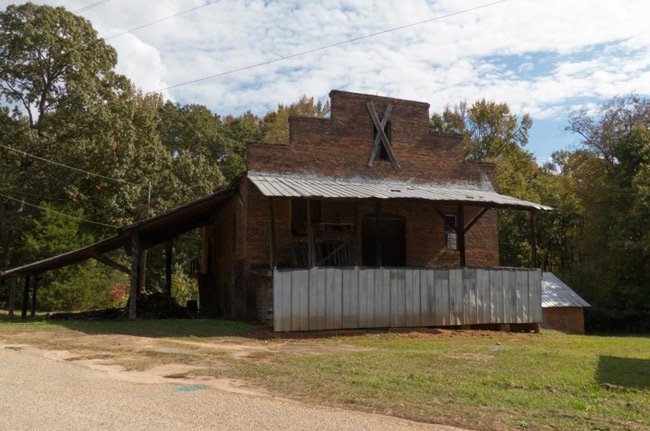 Pottery, bricks, and cotton became Mount Carmel’s primary products. When the Savannah Valley Railroad created a route through the town in 1884, the ability to ship cotton increased profits for the Mount Carmel’s residents. Sadly, the town’s prosperity diminished in the early 1920s with the arrival of the boll weevil, which quickly ravaged cotton fields. 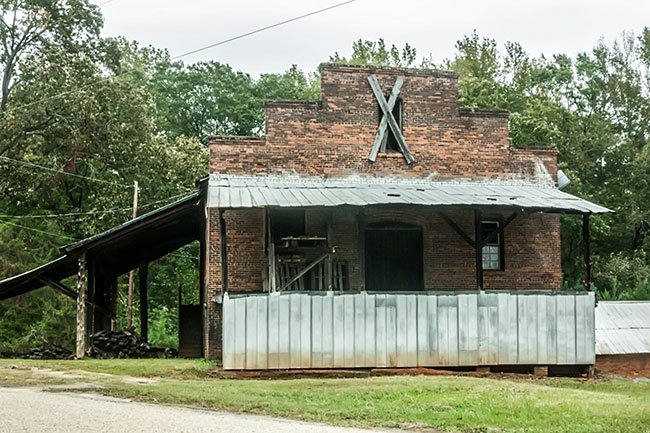 The Hester Cotton Gin, seen above, was built in 1890 and operated until the cotton market collapsed in Mount Carmel. It is constructed of locally-made brick. Today the Hester family still resides in the historic town, and though no longer in use, ginning equipment remains inside the building. A scale to weigh cotton is pictured below. 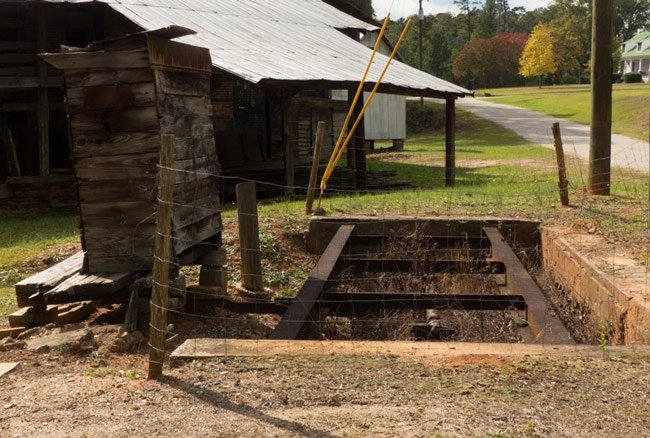 The Hester Cotton Gin is listed in the National Register as part of the Mount Carmel Historic District:

Mount Carmel is a small town that developed in the 1880s, contemporary with the development of the Savannah Valley Railroad. The community was a flourishing village by the turn of the century. The district is located in the heart of the town and contains a high concentration of buildings constructed during the town’s period of prosperity, between 1885 and 1920. Included in the district are residential, commercial, institutional, religious, and industrial buildings, located in an irregular patter adjacent to the railroad tracks.

The district maintains integrity as a turn-of-the-century community; of the fifty-one properties contained in the boundaries, forty contribute to the historic character of the district. The district includes a collection of buildings which represent a range of late nineteenth and early twentieth century vernacular architectural modes such as the single-pile central hall farmhouse, the meeting house form, and the bungalow. The few key buildings invoke some elements of high style, including Victorian, Queen Anne, and Classical features.