David Calliham first operated a water-powered grist mill here in 1768. A rock and mortar dam on Stevens Creek in Parksville dates to the early nineteenth century. The existing gristmill was built in the late 1890s of pine, and a concrete dam replaced the original in 1913. By that time the mill was run by R.A. Price, who began operations here in 1910. 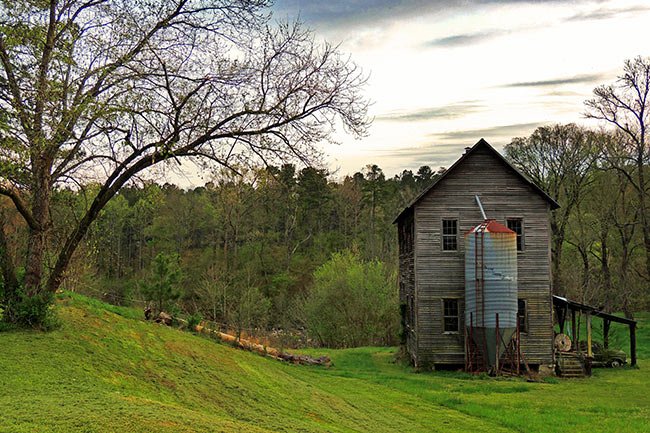 Pam Kimsey Latham of Abbeville, 2019 © Do Not Use Without Written Consent

The mill continued operating on water power through the 1970s, though modern equipment had been added alongside the grind stones. John Price, following in the footsteps of his forefathers, produced 7,000 pounds of white and yellow cornmeal a week while the mill was still operational. 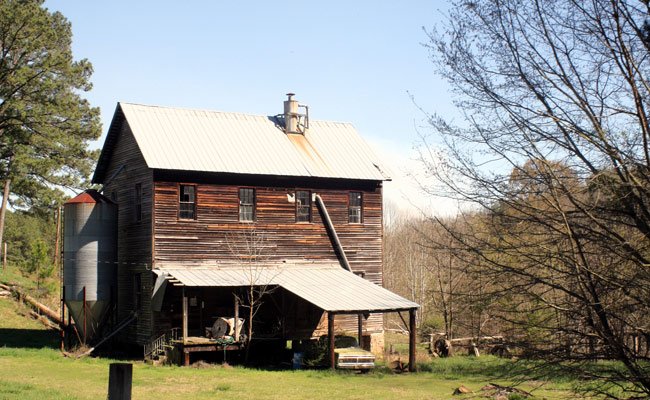 Surprisingly, much of Price’s Mill structure – such as its floor and beams – is original. However, the mill no longer works. There are additional structures important to the milling process nearby, including a sluice and grain bin. 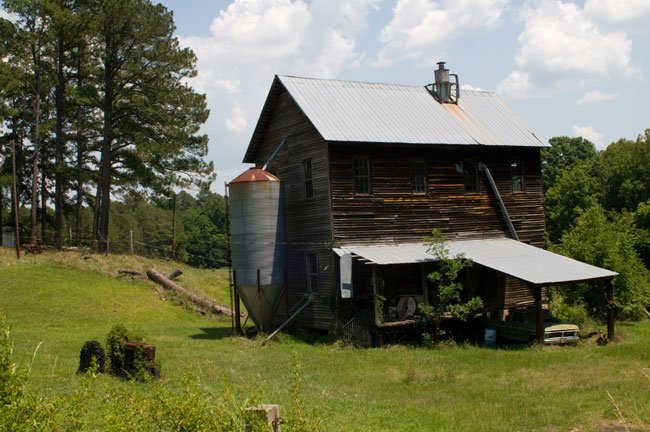 Price’s Mill is listed in the National Register:

Resting on brick supports, this two-story pine frame building reflects its functional character and late nineteenth century construction date (ca. 1890). The mill building is an unpretentious structure, making frank use of rough-hewn pine materials. Years of functional operation are recalled by the interior floor planks, wall beams, and mill stone housing, all of which are original.

The character of Price’s Mill is reaffirmed through subsidiary buildings, penstock and grain bin, and through the surrounding landscape, especially the mill pond and white water flowing over the dam. The role of the miller was an essential element in the economy of the nineteenth century rural South. The mill is a valuable example of a working relationship between processes of the nineteenth and twentieth century. Advantageous use of electricity has been introduced without altering the traditional process; actual milling operation is run entirely by energy from the white water of Stevens Creek. Tons of white water flows over a concrete dam, built in 1913, and replacing an original rock and mortar dam dating back to the early 1800s. Through the use of water power and the grinding action of two heavy mill stones, Price’s Mill remains a physical document of methods which first produced the staple of a growing nation. 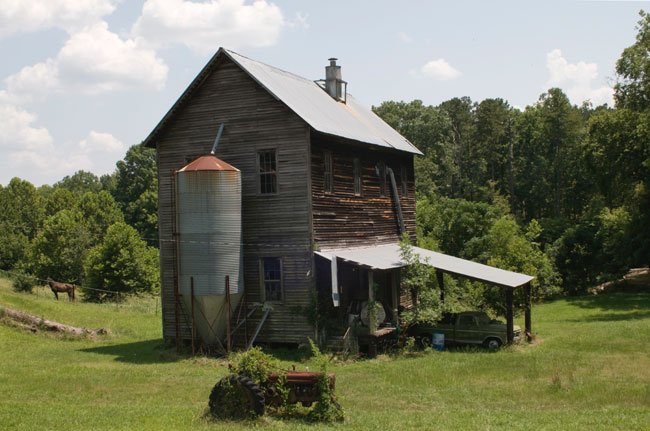