Stevens Creek is the geographical landmark separating Edgefield and McCormick counties. This pony truss bridge was built in 1937 and is one of several truss bridges to cross the creek, including the historic Key Bridge – now open only to pedestrians – which was erected in 1912. The Stevens Creek Bridge is also sometimes referred to as the Modoc Bridge and is supported by several stone Gothic arches, reminiscent of the Waccamaw Memorial Bridge in Conway; in fact, both bridges were built the same year. 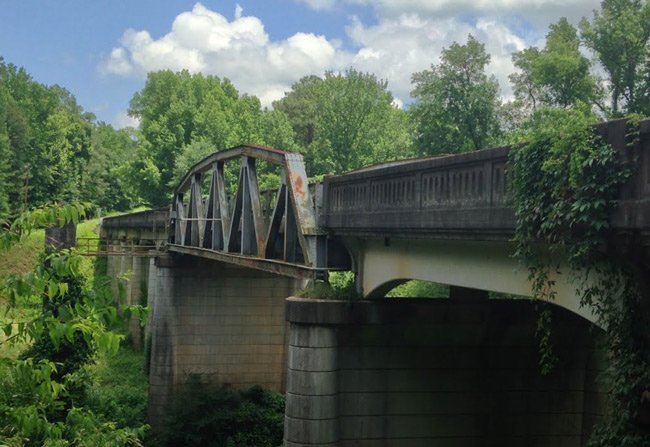 Michael Miller of Spartanburg, 2015 © Do Not Use Without Written Consent