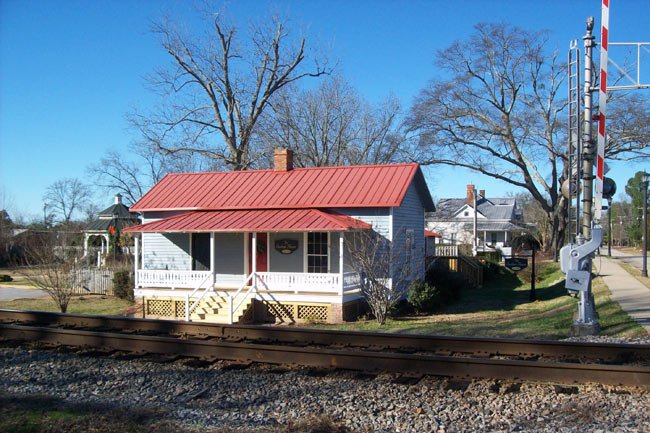 The section master’s job was to maintain and repair a stretch of railroad, in this case 15 miles of rail line. The home is one of only a few remaining structures that served the CN&L Railroad. CN&L Railroad was purchased by Atlantic Coast Line Railroad in 1924, which was in turn purchased by CSX Railroad in 1984. Today the Section House is used as commercial property. 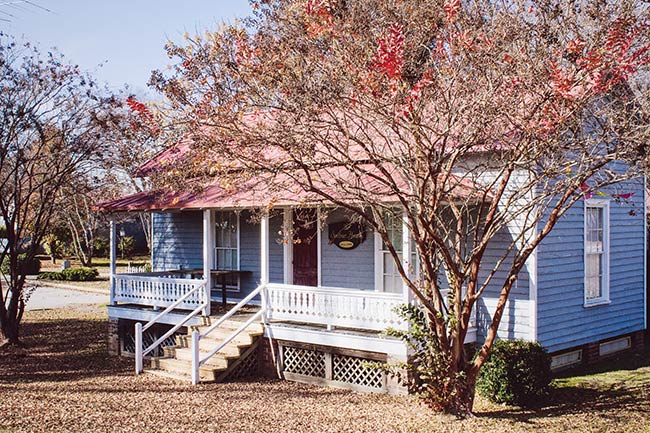 Many thanks to Ann Helms for this photo and much of the above information.

The Section House is listed in the National Register as part of the Little Mountain Historic District:

The Little Mountain Historic District is significant as an intact collection of homes, businesses, and other institutional properties constructed in the late nineteenth and early twentieth centuries. A majority of these properties were constructed after the establishment of the Columbia, Newberry, and Laurens Railroad through Little Mountain in 1890 and reflect the Gothic Revival, Neo-Classical, Colonial Revival, Victorian or Queen Anne, and Bungalow styles that were popular during that time period. The district is a collection of sixty-four industrial, religious, and residential properties within the municipal limits of Little Mountain. Fifty buildings and two structures contribute to the character of the historic district, while twelve buildings are non-contributing. The contributing properties illustrate the growth and development of a late nineteenth century railroad town between ca. 1890 and 1950 and are representative of the types of buildings constructed in railroad towns across South Carolina during the late nineteenth and early twentieth centuries