The Chattooga River begins in the Blue Ridge Mountains and flows south into Oconee County, helping to form the boundary between South Carolina and Georgia. It is one of the few remaining free-flowing (undammed) streams in the Southeast. 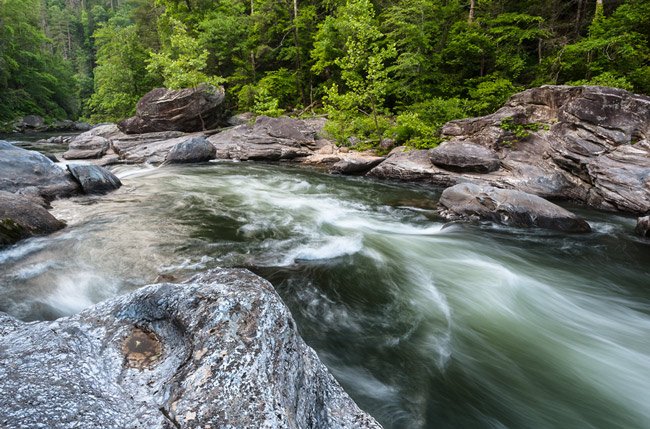 Designated a National Wild and Scenic River in 1974, the Chattooga is protected under federal law. The US Forest Service strictly monitors the 15,432-acre corridor to ensure its continuance as a place of natural beauty and recreation. The river contains several sections of whitewater rapids and is home to some of South Carolina’s most challenging kayaking and rafting. 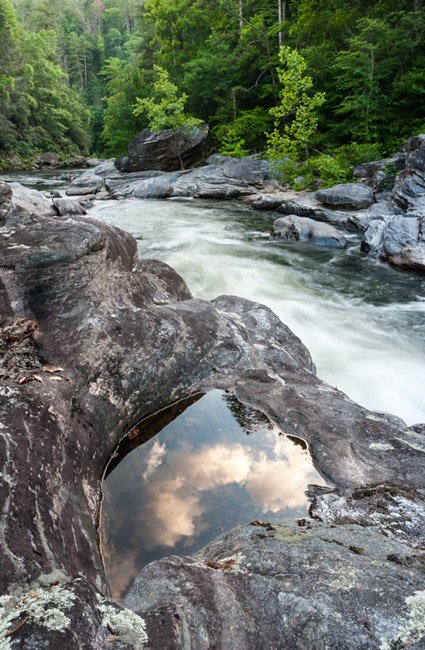 Photographer Mark VanDyke says, “South Carolina features a number of access points to the Wild and Scenic Chattooga River. At Woodall Shoals one can access Section IV of the river, widely considered to be one of the most exciting by boating enthusiasts for its many named rapids. This photograph was taken just above Seven Foot Falls rapid, where rainwater gathered in a pothole along the rugged riverbank, reflecting the brilliant skies above.” 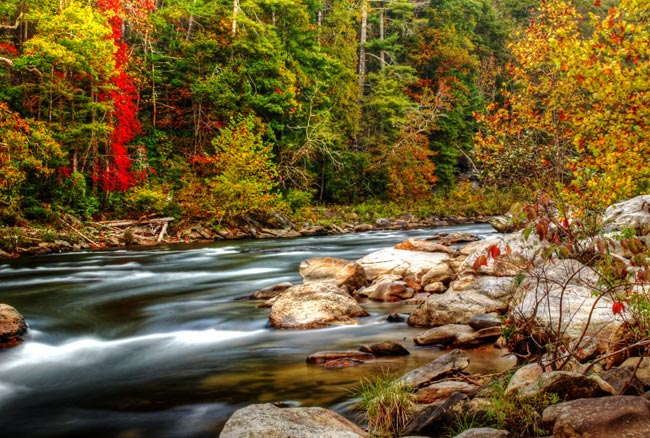 Gary DuBose of Seneca, 2013 © Do Not Use Without Written Consent

The Chattooga is most well-known for being used as the fictional Cahulawassee River in the 1972 film Deliverance.

Reflections on the Chattooga River

Photographer Mark VanDyke shares, “When I think of the Blue Ridge and Southern Appalachians, I don’t first conjure images of big mountains or massive waterfalls. I think of the Wild and Scenic Chattooga River. The Chattooga River is the heart of Southern Appalachia for me personally. I absolutely love the Chattooga River. I get more giddy about visiting the watershed and its many waterfalls, rapids, and trails more so than just about anywhere else. And I don’t know exactly why! Perhaps it’s the free-flowing nature of the water; the wild character of the watershed that is unparalleled in my limited travels; the lore that surrounds the river from movies and press. Heck, I don’t know. I just know that when I’m nearby the river has a magnetic pull on me, begging exploration and adventure!”