When this congregation in Seneca first formed in 1873, the group met at the Union Church, a sanctuary where three other denominations also worshiped. Though the Union Church in Seneca is no longer extant, such sanctuaries were common before congregations had the means to build their own churches. By 1883 the church had completed its first building on the corner of South Townville and East South Second Streets. 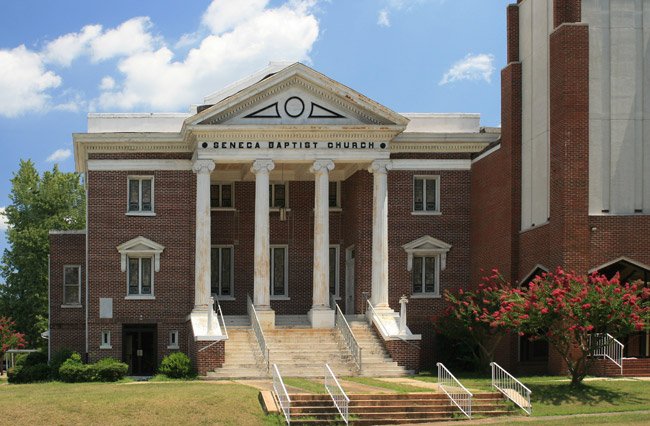 The original Seneca Baptist Church was a simple frame building with a steeple, a clock, and a baptismal pool. By the early 1920s, Seneca Baptist was in need of a larger building and constructed this church – now demolished – one block over on Fairplay Street in 1924. Its Neoclassical design was typical of American Baptist churches built during the time. 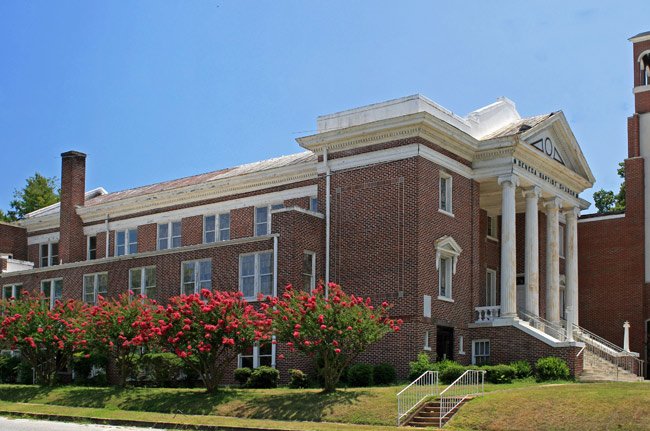 Throughout the twentieth century the congregation constructed additions to the original building and acquired nearby property. A third sanctuary was completed in 1975. In 1993 the congregation bought 17 acres on South Oak Street and broke ground on the present (fourth) church in 2003. The first service in the new church was held January 23, 2005. 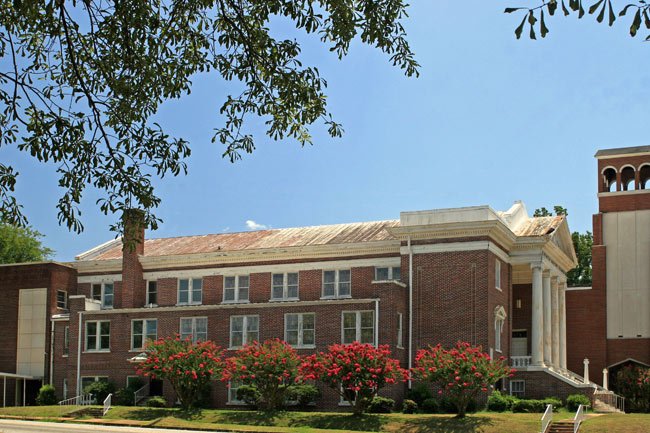 The former Seneca Baptist Church on Fairplay Street, pictured in all three photos above, was demolished in 2014.

The Old Seneca Baptist Church is listed in the National Register as part of the Seneca Historic District:

Seneca is a relatively young town having celebrated its centennial in 1973. Seneca’s historic district contains a variety of architectural designs which blend together to produce a cohesive and homogenous unit. Included in this setting are examples of late 19th century domestic architecture, pre-World War I dwellings, houses of the mid-1920s, and church architecture of the first half of the twentieth century. Architectural styles and types include Victorian, Classical Revival, Bungalow, Tudor Revival, and Four-Square. The district is made up of two areas, which together include three churches and twenty houses. Seneca’s historic district is an excellent example of the growth and development of a community. Many of the structures nominated belonged to the leading families of early Seneca.