This brick schoolhouse in Seneca was likely built in the 1920s in the town’s Shiloh community. It is not to be confused with another nearby school in Seneca of the same name that was built between 1929 and 1930 as a Rosenwald School. Rosenwald Schools were partially funded by Chicago businessman Julius Rosenwald – then-president of Sears, Roebuck, and Company – to help educate black students across the rural, segregated South. 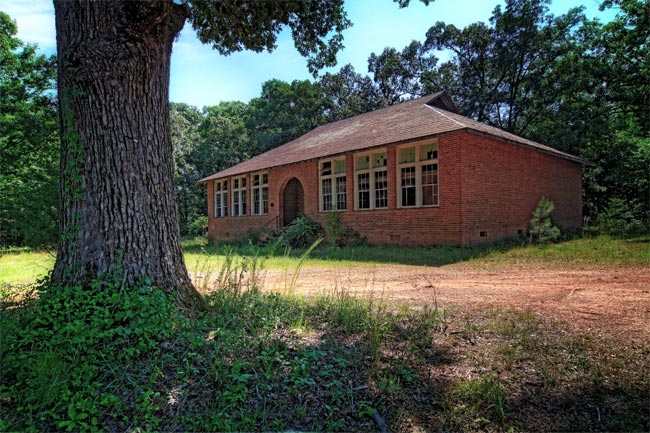 The Shiloh School seen here likely consolidated in the mid-twentieth century, a common practice for South Carolina schools during that time. The former school building then became the Shiloh Community Club until the early 1990s. Today the building sits vacant.

Many thanks to both William H. Myers, III for sharing his photo of the school and to Tom Taylor of Greenville, who assisted in gathering information on the school’s history.