Remnants of the former mill village of Newry still stand in the Little River Valley along an earthen dam overlooking Lake Keowee. The Newry Mill began operations here in 1894, and within a few years a village complete with homes, a post office, a store, and a church surrounded the textile mill. This church was added to the village in 1910 and was called Union Church because it served all denominations, though many referred to it as the Newry Church. 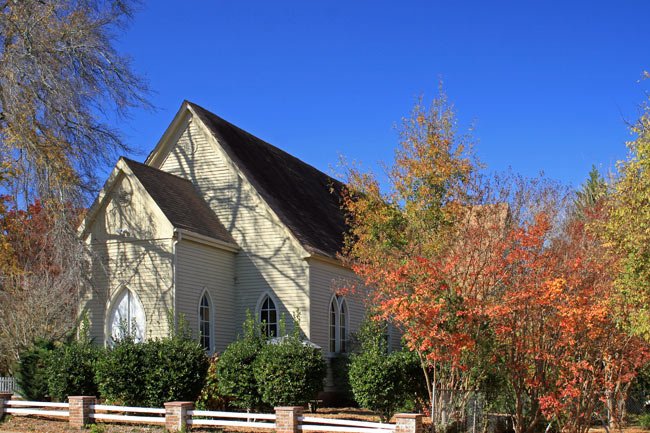 Newry Mill was founded by former Charleston Mayor William Ashmead Courtenay, who entered the textile industry following his mayoral service from 1879 through 1887. The textile mill was the first in Oconee County, and Courtenay gave the mill and the village the name of his grandfather’s birthplace – Newry, Ireland. 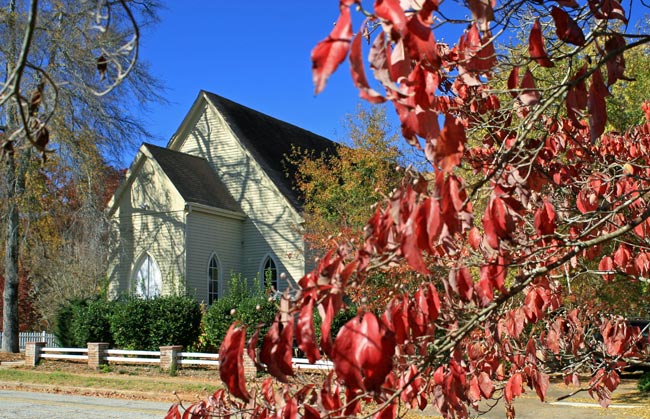 Following Courtenay’s death in 1908, his sons continued running the manufacturing company, who modernized the mill complex with a sewage system, running water, and electric lights in every mill house. Though the Courtenays sold the mill in 1920, its new owners continued improving the mill village throughout the first half of the twentieth century. 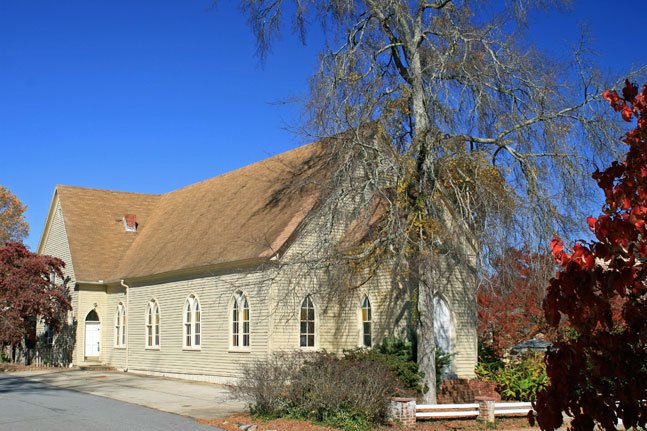 The mill was bought by Abney Mill in the 1940s and operated until 1975. Following the mill’s closure, the town of Newry was left sparsely populated, as many of its former workers left the community to find similar work in other mills owned by Abney Mills. However, some people remained in the village. The church underwent restoration in 1980 and was converted into a house. 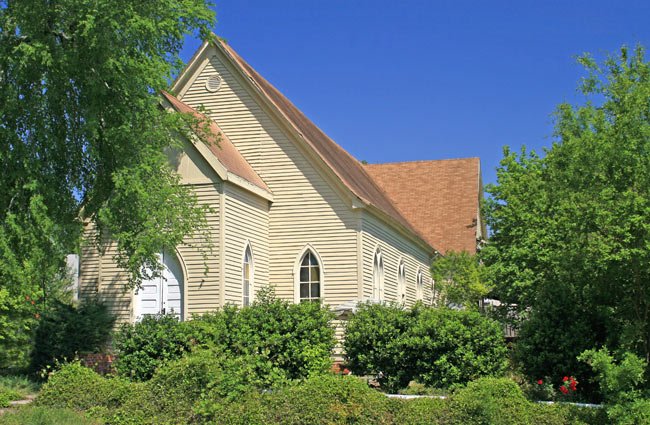 Union Church was built in the Gothic Revival-style and originally included a steeple and bell tower. When the building was being converted into housing in the later twentieth century, the steeple was removed. Today the former church has been subdivided into three apartments. 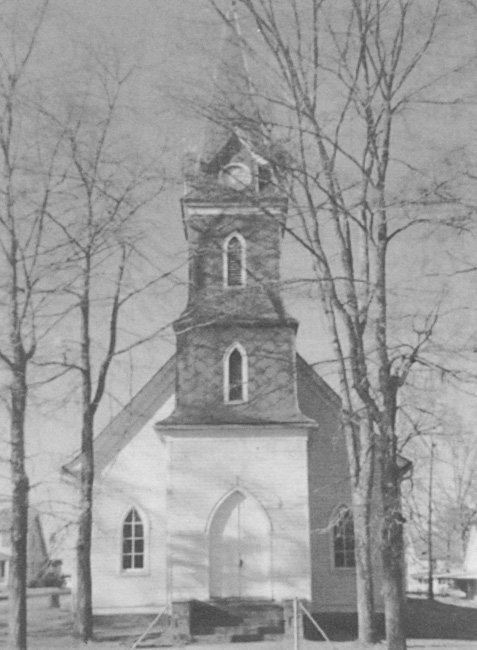 Bill Segars of Hartsville © Do Not Use Without Written Consent

Union Church is listed in the National Register as part of the Newry Historic District:

The Newry Historic District encompasses a textile mill village established at the turn of the century. Situated in a rural setting in the Little River Valley, the town of Newry is visually isolated by a series of surrounding ridges, dense forest, and a large earthen dam on Lake Keowee, which form the boundaries of the district. The district contains 118 properties including the mill complex, mill office, company store and post office, village church, and numerous workers residences, located within an area of approximately 250 acres. Courtenay Mill was constructed in a typical New England textile factory design. The design is attributed to W.B.S. Whaley.

Most of the buildings in Newry were built during the period 1893-1910 and are examples of the turn-of-the century genre of mill village design in South Carolina. These include the principal buildings of brick construction located adjacent to the town square, i.e., company store and post office located on the north side, and mill office on the south side. The village church with late Classical Revival style details is located on Broadway in the center of Newry. Sixty-nine houses are two-story duplexes with a catslide roof, eight houses are two-story single family residences. Other wood frame buildings include four larger two-story residences believed to have been originally occupied by mill supervisors, two one-story residences, one additional church and a recreation lodge. The ruin of Innisfallen, the Neo-Classical house built for mill founder, William A. Courtenay, is located on a ridge southwest from the village.