The small town of Cope was named after Jacob Martin Cope, who sold a piece of his farmland for a town and train depot in the 1890s. The Cope Depot was built in 1893 for the Manchester & Augusta Railroad, and was later used by the Atlantic Coast Line. 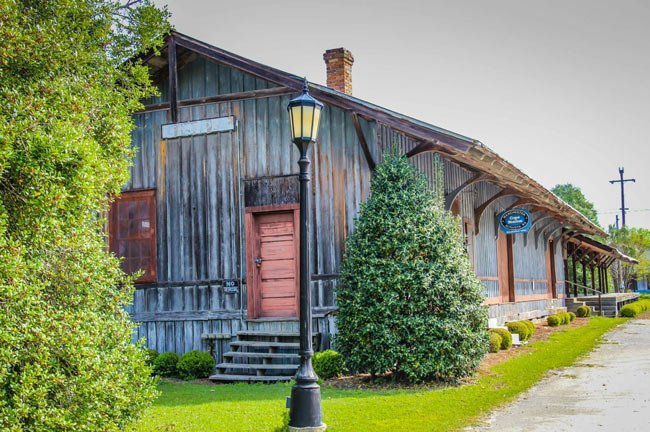 Sara Dean of Moncks Corner, 2014 © Do Not Use Without Written Consent

The tracks are still in use, but the depot ceased operations in the 1960s. It is still considered the center of town, where locals can meet and visit. 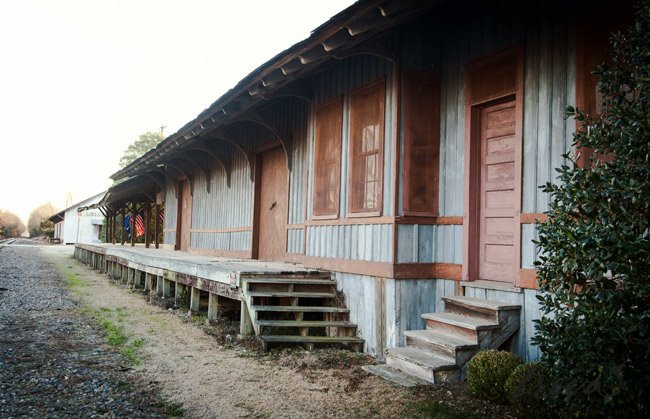 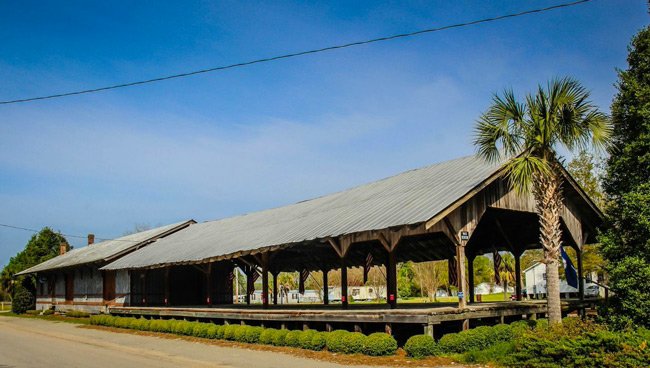 Sara Dean of Moncks Corner, 2014 © Do Not Use Without Written Consent 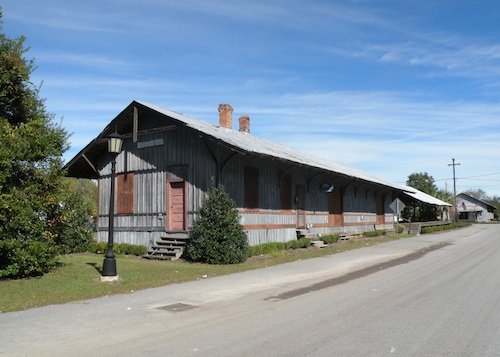 The Cope Depot is listed in the National Register:

The Cope Depot has been the literal and figurative center of the town of Cope since 1894. Built in 1893 as a station on the Manchester and Augusta Railroad, the depot is significant as the building around which the town developed in the late nineteenth century, and as an excellent example of the typical frame construction of combined passenger and freight depots of its day. The town and the depot were founded on land purchased from Orangeburg County farmer Jacob Martin Cope. Within a few years of the building of the depot, the town boasted residences, two churches, several mercantile stores, a drugstore, a grist mill, a cotton gin and a planing mill which points to how essential the railroad was to growth in this part of the state.

The depot was the center of communication in the town’s early history as a center for mail service, telegraph service and telephone service. The depot is a one-story, gable-end, linear frame building set on a 6’x6’ concrete piling foundation and clad in vertical board and batten planks. The metal clad roof shelters the building in a typical fashion with wide overhanging eaves supported by knee braces on the principal gable end and elongated curved wooden brackets along both side elevations. The depot ceased operation by the mid-1960s, but is still considered the focal point of Cope.

Reflections on the Cope Depot

Contributor Treva Thomas Hammond shares, “This is the railroad side of the Cope Depot, also known as the Manchester Augusta Railroad which was established in 1894. As a young girl growing up there in the 70’s, I can remember town celebrations centered around the depot.”