This modern-looking church in Easley is new in building only. Established in 1798 by North Carolina missionary Reverend Elnathan Davis, the original structure was a meeting house built on Dody’s Creek, according to the 1814 records of Pendleton District. It was incorporated in 1872. 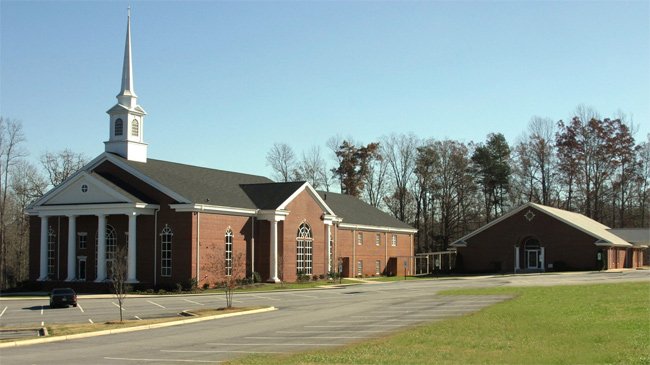 Bob Spalding of Easley, 2012 © Do Not Use Without Written Consent

The congregation grew over the next few decades, and in 1924, church members decided to build a larger brick building. The current church was dedicated the following year and underwent major renovations from 1968 until 1975. In 1999 a children’s building was added, and in 2003 a new sanctuary was built. While the church has had many updates over the years, its spirit is rooted in over two centuries of history.