This charming building in Blythewood was established as Clara’s Sandwich Shop in 1952 by local librarian Clara Boney Martin. It originally stood in the center of town on Main Street next to Willie Boney’s store, where Martin operated the eatery until 1967. The shop then closed, and Martin’s daughter, Dorothy Blume, relocated the structure to her home on Langford Street in the 1970s. 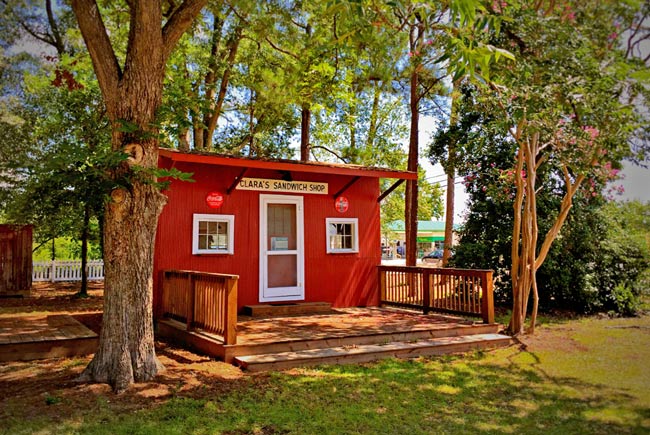 In 2014 Blume donated the sandwich shop to the Blythewood Historical Society for preservation. At the same time, another historical structure, the Boney milk shed, was also donated to the organization. Both buildings were moved to the historic Langford-Nord House, which also serves as the Blythewood Visitor Center. The shop was renovated and dedicated in the fall of 2015 with an ice cream social, reminiscent of its days of serving sandwiches and fried fruit pies to hungry customers.