This historic church in Blythewood is a daughter church of a congregation founded around 1768 called Twenty-Five Mile Creek Baptist Church. Land for a church was donated that year by Bryan McLendon, who had received a royal grant in 1767. Several members of the congregation left the church to form Sandfield Baptist Church around 1830. Sandfield Church was located about three miles east of the present church. 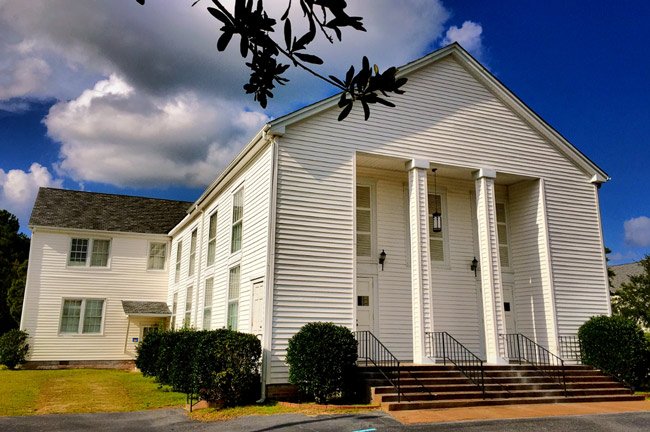 Sandfield Baptist Church was of the Primitive Baptist denomination, which did not believe in church associations or benevolent organizations. The pastor of Sandfield Baptist in 1840 was Brother Asa Bell, who abided by this belief. However, he was in the minority of the church, which elected that year to “peacefully divide” on the issue. Initially, the division meant that two groups within the church occupied the Sandfield sanctuary. The minority group was given the first Sunday of the month, and the majority was given the third Sunday. Though no records indicate how long this practice continued, by 1843 the church had been renamed Sandy Level Baptist and served a united congregation. 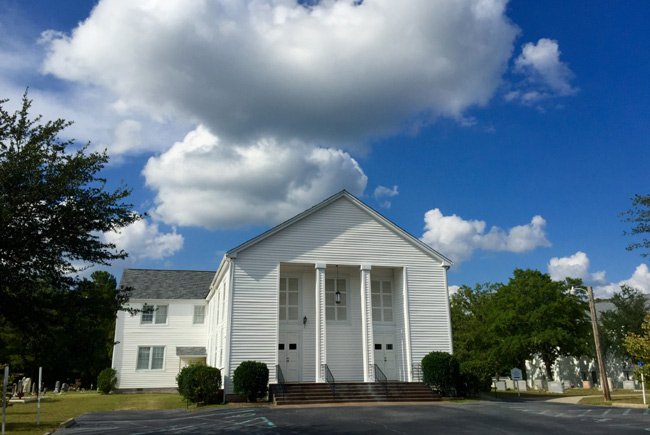 Sandy Level Baptist Church relocated to the present site in 1856, when this sanctuary was built. The lot was sold to the congregation by C.B. and Margaret Williamson for $40. A clause in the deed states that should the land, which numbers four acres, ever cease to be used as a worship site, it will go back to Williamson descendants. 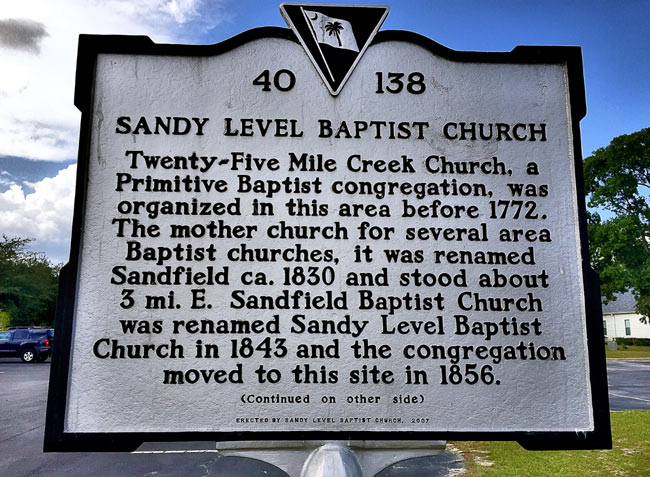 Modern additions include a Sunday school building in the rear, added in 1950, and a contemporary youth building, which hosts non-traditional services. Sandy Level Baptist Church is one of the area’s oldest continuing congregations. 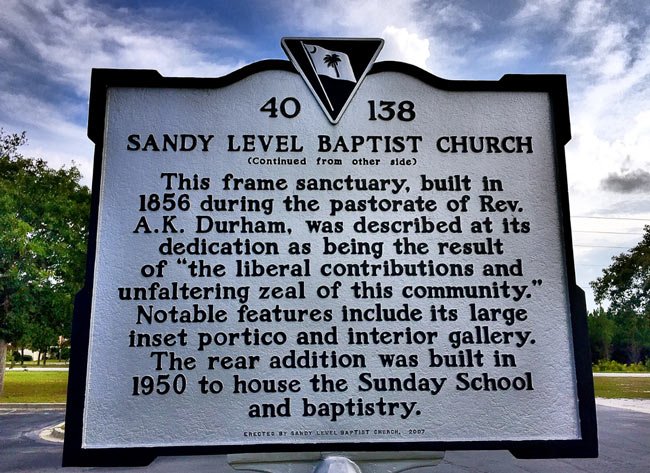