Union Station in Columbia was built in 1902 and was originally the home of the Southern Railway and Atlantic Coast line. The station was designed by prominent Southeastern architect, Frank P. Milburn. The Jacobethan Revival architecture of the station’s stepped gables, chimneys, brick, and stone are all inspired by English Manor House designs. Some of Milburn’s projects in South Carolina include the Anderson County Courthouse, the O’Donnell House in Sumter, and perhaps most notably the South Carolina State House, also in Columbia. 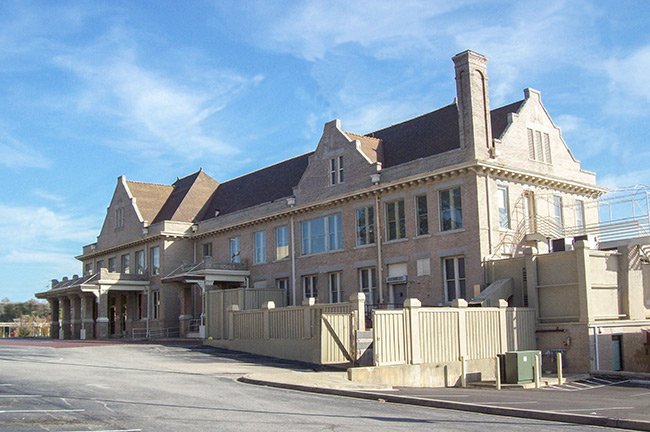 Due to reduced rail traffic in the 1950s, the station sat empty with a section used for the Southern Railway for some time. The station has since been converted into a California Dreaming restaurant. Even though the Southern Railway and Atlantic Coast line no longer operate here, the CSX and Norfolk Southern trains still pass by on the tracks near the south side of the building. 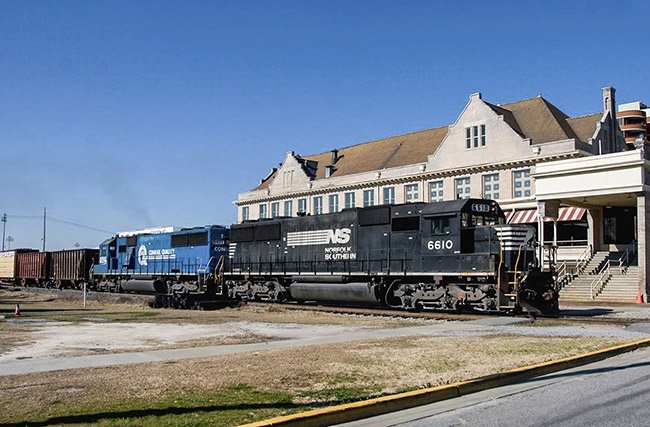 Joseph C. Hinson of Columbia, 2008 © Do Not Use Without Written Consent

Union Station is listed on the National Register:

(Atlantic Coast Line Railroad and Southern Railway Station) Designed by Frank P. Milburn, a prominent Southeastern architect, the ca. 1902 Union Station is an excellent example of turn of the century eclectic architecture. Inspired by English Manor House designs of the sixteenth century, the stepped gables, the combination of brick and stone, and the towering chimneys place the building within the mainstream of Jacobethan Revival architecture in America. Milburn’s specialty was large public buildings. He also designed railway stations for New Orleans, Atlanta, Savannah and Knoxville. Milburn’s architectural credo was the progressive cry of his day – to erect “artistic as well as durable buildings.” He insisted upon using only materials of the highest quality and accepted only the finest workmanship. The attention given to decorative details in Union Station, such as the carved wooden brackets, the oriental inspired ironwork, and the acanthus capitals, displays Milburn’s emphasis on quality of design and materials. Without sacrificing design or proportion, Milburn created a functional structure for railroad travel at the beginning of the twentieth century. The building was open to the public on January 14, 1902