The Melton Observatory at the University of South Carolina in Columbia is the third observatory to be housed on this campus. The first one was installed on the roof of the Library and Science Building in 1817, now the site of Legare College. 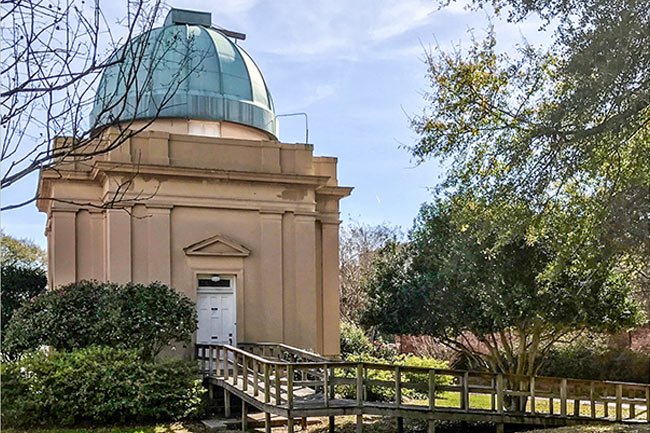 Robert Brame of Columbia, 2016 © Do Not Use Without Written Consent

The second, or “Old Observatory,” was built in 1852 and included a telescope with a 6-and-3/4-inch Henry Fitz refractor with an 8-foot-by-4-inch focal light. The telescope and much of the other equipment was made of brass, and during the Civil War most of it was stolen. After the war, the building (located behind DeSaussure College) was no longer used as an observatory. Decades passed before another one was built. 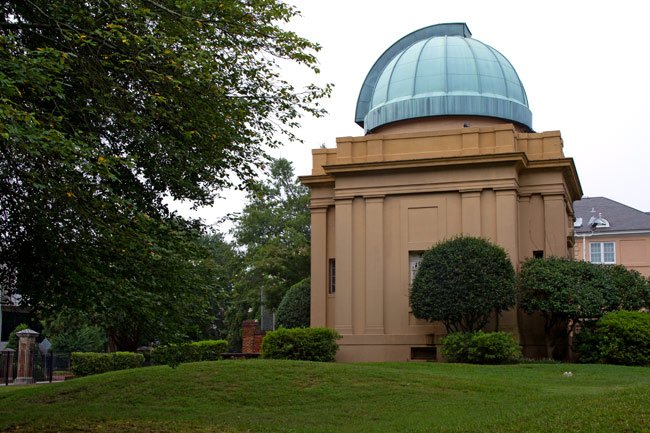 Financial records show that the university was in possession of a “Hanahan Telescope” in 1923, though it was stored in the attic of LeConte College. Then-university president Dr. William Davis Melton campaigned to raise funds to build an observatory with a revolving top to utilize the telescope, but he was unsuccessful. Dr. Melton died in 1926, and two years later a friend of Melton’s donated money to have an observatory built in his honor.

The “Hanahan Telescope” – named for its donor Wilson Hanahan of Winnsboro – is mounted in the Melton Observatory. It originally possessed a Newtonian refractor, but at some point the mirror was replaced with its current Cassegrain refractor. The Melton Observatory is open to the public on Monday evenings.