This 18-acre park in the heart of downtown Columbia was originally developed as a public park in 1859. It was first called Sidney Park for Algernon “Sidney” Johnson, a city councilman and original owner of the historic Preston C. Lorick House. Johnson was instrumental in establishing a park on the land the city acquired in 1835 for building its waterworks. When the waterworks was moved around 1855, Johnson proposed that the land be used as a park. After beautifying the former waterworks property, the city opened it in 1859 and named it after the councilman. 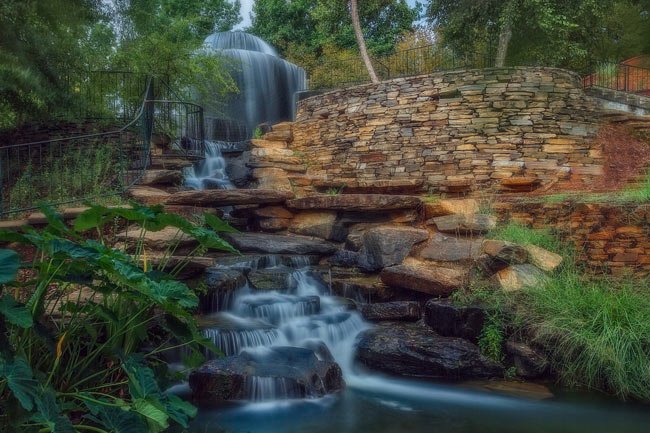 Steve Rich of Aiken, 2015 © Do Not Use Without Written Consent

Sadly, just a few years later the park began to suffer from neglect following the Civil War, though it was still in use as a public park. The space was then used for commercial purposes during the 1900s. It was not until the end of this century when the city revitalized the space for use as a park once again. The park re-opened in 1990, retaining the historic name, Sidney Park. 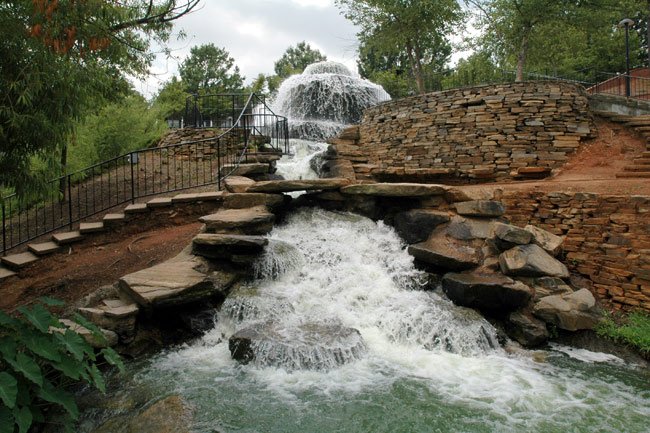 However, just two years later the park was renamed. This time, it was christened Finlay Park for Kirkman Finlay, Jr., who served as Mayor of Columbia from 1978 through 1986. He was considered a visionary leader who helped develop popular spots such as the Congaree Vista. Kirkman died the year after the park was restored and renamed. A memorial statue of Kirkman rests within the park in his honor. 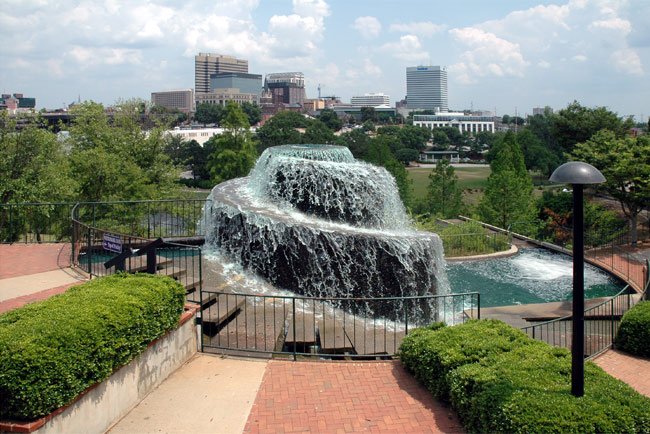 Wilson Jumper of West Columbia, 2005 © Do Not Use Without Written Consent

The park features a scenic waterfall that streams into the park lake. There are picnic tables, two playground areas, and a cafe which makes the park a favorite for families. It also is one of the largest handicapped-accessible parks in the country. The park, easily the most popular in the capital city, is also the site of many community events, including Mayfest and the Summer Concert Series. 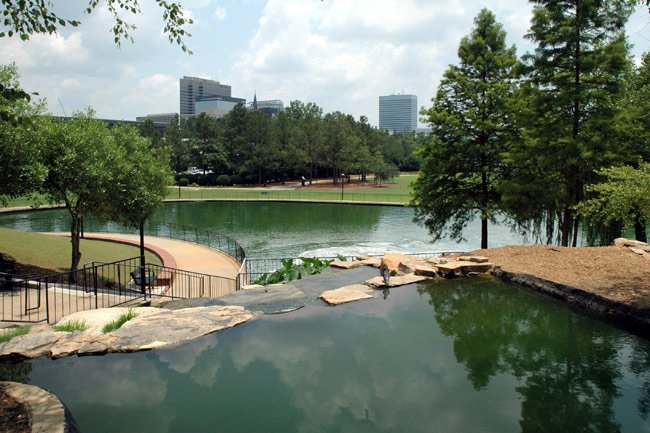 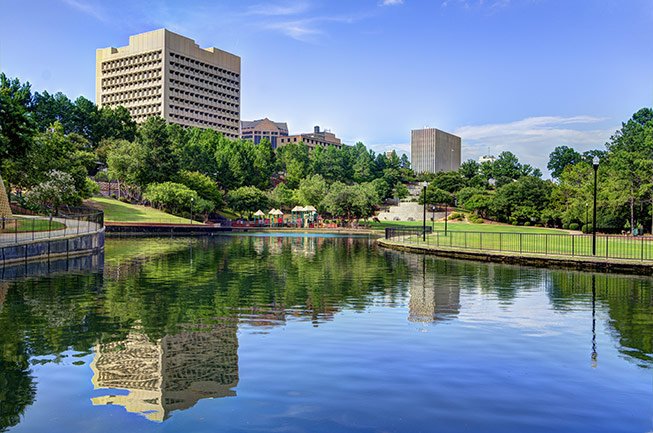 Sean Pavone of New York, NY © Do Not Use Without Written Consent