Columbia‘s Big Apple has two interesting but diverse histories. Originally built as the House of Peace Synagogue between 1907 and 1910, this two-story building served as a place of worship for the Beth Shalom Congregation for almost 30 years. The congregation outgrew the building in 1935, and it was sold strictly on the condition that it would never again be used as a synagogue. 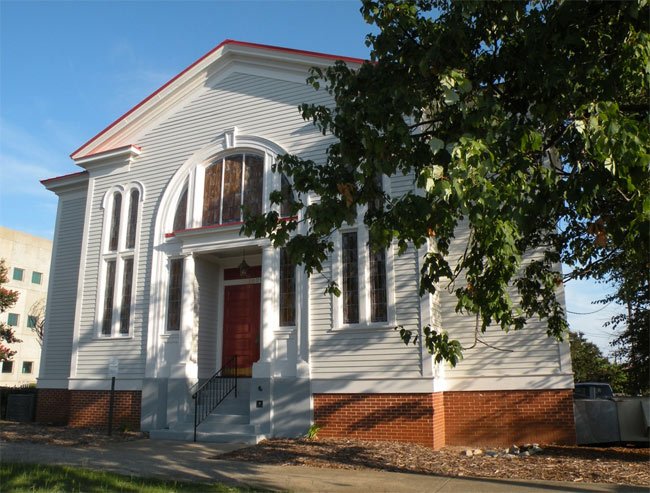 Its new owners took that condition to heart! By 1936 the building had been transformed into one of South Carolina’s most popular African-American night clubs. It was here that locals started the dance craze that would soon be referred to as the “Big Apple.” The club quickly adopted the moniker and the new dance spread throughout the nation. (See a video of the Big Apple dance.) 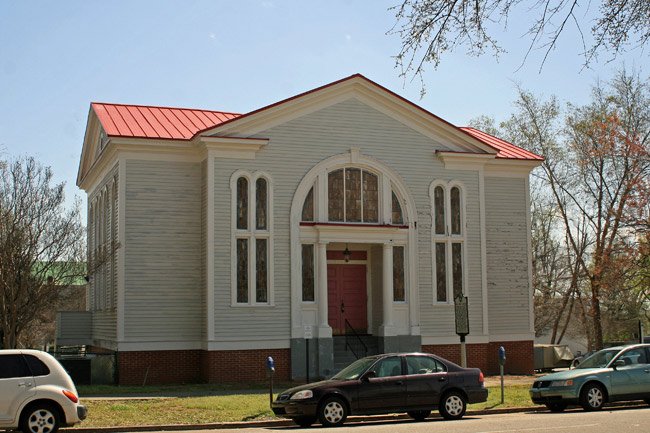 In the 1980s, the Big Apple was moved from its original location at 1318 Park Street to the corner of Hampton and Park streets and was used as a restaurant. Purchased by the Historic Columbia Foundation in 1993, it hosted weddings and events until it was purchased by Richard Durlach and Breedlove in August of 2015for use as an arts venue. Although the building has undergone extensive renovations, it retains many of its original features such as the domed ceiling, horseshoe arches, and stained glass windows. 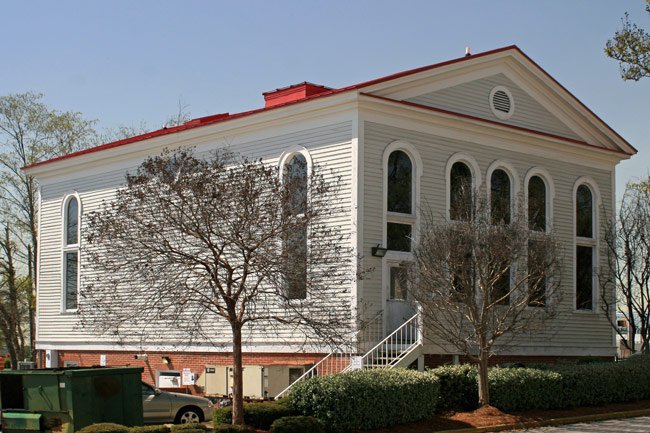 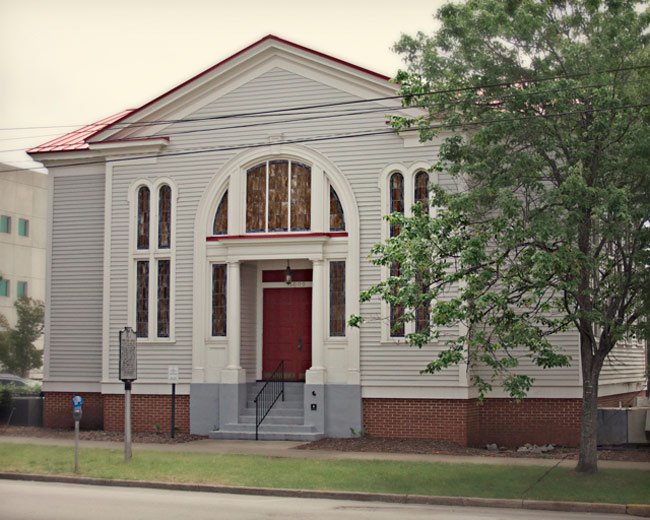 David Asiamah of Columbia © Do Not Use Without Written Consent

The Big Apple is listed in the National Register as the House of Peace Synagogue:

(The Big Apple) The structure located at 1318 Park Street was constructed between 1907 and 1910 as a Jewish Synagogue. Its interior architecture, including a notable recessed dome and a balcony, reflect its original function. However, the structure gained its greatest notoriety when used in the 1930s as a black nightclub. During that time, students from the nearby University of South Carolina came to observe dancers at “The Big Apple Club.” The dance, known as the Big Apple, became extremely popular and in 1937 a group of twenty-three from the Big Apple Club appeared in New York before touring the United States. After the nightclub closed, the building became a place of business and was then left vacant until its recent restoration. It is a two-story wooden edifice set upon a raised brick basement. Its gable roof is covered by tin. The structure features a projecting central entrance bay, flanked by wooden pilasters and sidelights, and surmounted by a large arch. On each side of the entrance are tall narrow windows with horseshoe arches. The side facades feature pedimented gables with a roundel.

Reflections on the Big Apple

Anne McConnell Westbury of Columbia recalls: “The House of Peace Synagogue was a great place to eat lunch in the 1980s.”