August 14, 2014 was move-in day for University of South Carolina students living in The Hub, a 21-story luxury apartment complex for people attending the Columbia campus. The apartments are housed in the former Palmetto Center on Main Street, bringing 850 student residents to an otherwise commercial district of the capital city. 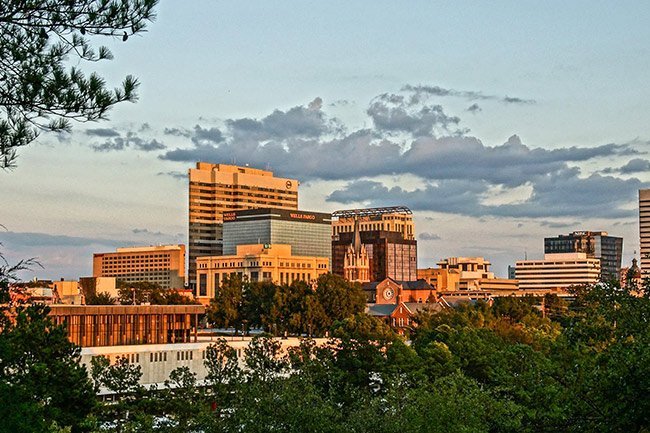 Nancy Byer of Sumter, 2018 © Do Not Use Without Written Consent

The housing complex includes popular amenities such as a spa, gym, and a rooftop pool and sand volleyball court. The building was developed by Core Campus, LLC, of Chicago. It housed South Carolina Electric and Gas until 2009, at which point it sat vacant until being converted into student housing by Mashburn and Christman Construction. SCE&G relocated to neighboring Cayce, just across the Gervais Street Bridge. 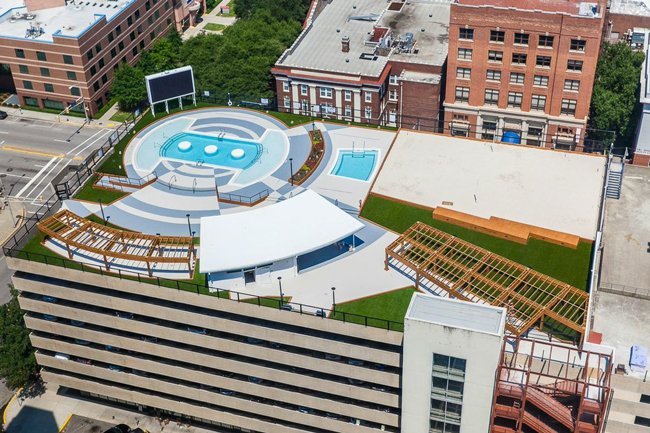 The former parking deck of the Palmetto Center is now peppered with college students lounging by the pool or watching the twenty-foot LED television. Indoor types may prefer to pass their free time in the state-of-the-art game room. Designated study spaces – both indoor and outdoor – are available for those who have not forgotten the original reason for living in The Hub.

Above, The Hub stands alongside other Columbia highrises, including the Meridian Building. At 325 feet in height, The Hub is the capital city’s second tallest building, bested only by the Capitol Center. 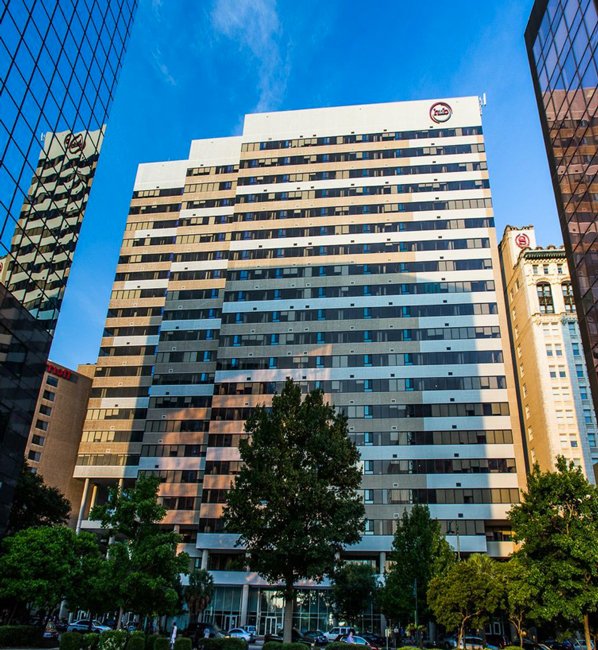 Plan Your Trip: The Hub