The 17-story Meridian Building dominates the Columbia skyline with its modern style while its covered rooftop terrace offers spectacular views of the capital city. Built in 2004, it is located just three blocks from the South Carolina State House. 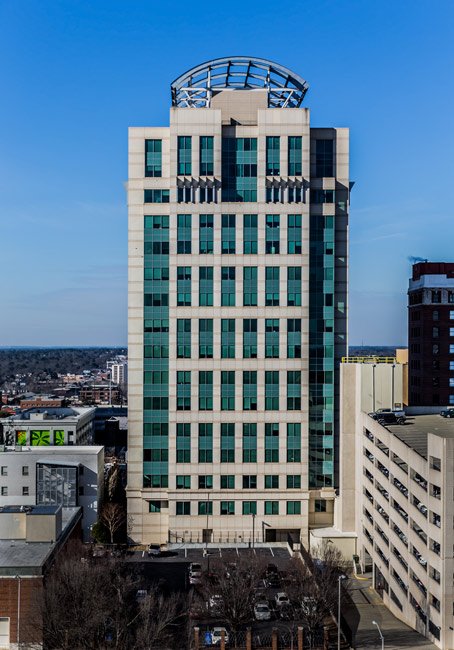 The sleek skyscraper includes offices and also features amenities such as a fitness center with fully-equipped locker rooms, a lobby bank, and a restaurant. The Meridian was the first high rise built in Columbia since the late 1980s. Below, the Meridian can be seen standing alongside other giants of the business district, including The Hub, an upscale apartment building for students attending the University of South Carolina.

The Meridian Building was developed by Holder Properties and is currently owned by Equity Commonwealth.