Though this fanciful manse in downtown Columbia was constructed prior to 1840, it was not endowed with its gingerbread embellishments until the late nineteenth century. The home was built for Algernon Sidney Johnson as a two-story home with a portico, French windows on the first floor, and a gabled roof. Governor John Lawrence Manning, known for his stance against the murder of slaves and for building the stately Milford Plantation in Pinewood, owned the home during his term as governor from 1852 until 1854. 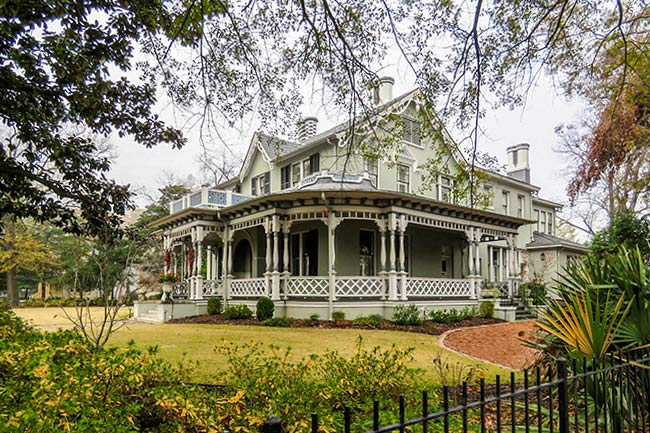 Lydia Woomer of Irmo, 2017 © Do Not Use Without Written Consent

The home’s namesake owner, Preston C. Lorick, purchased the property in 1877 and designed the exquisite gardens which adorn the ornate structure. Many of Lorick’s original plantings continue to grow on the site. The home received its Victorian flourishes in the late 1800s, during the height of the style’s popularity, and has maintained its opulent appearance ever since, despite subsequent remodeling projects. 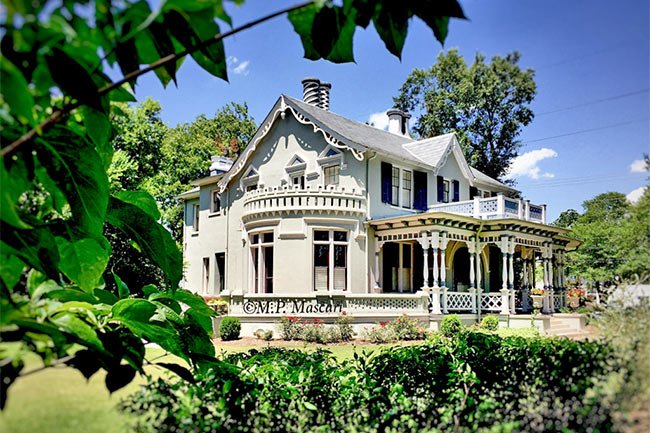 The home remained in the Lorick family until 2008 when it was given to the National Trust for Historic Preservation. The home was then purchased by a law firm which restored the property and converted it into offices. Though it now serves as a business, the house retains its integrity as an historic house. 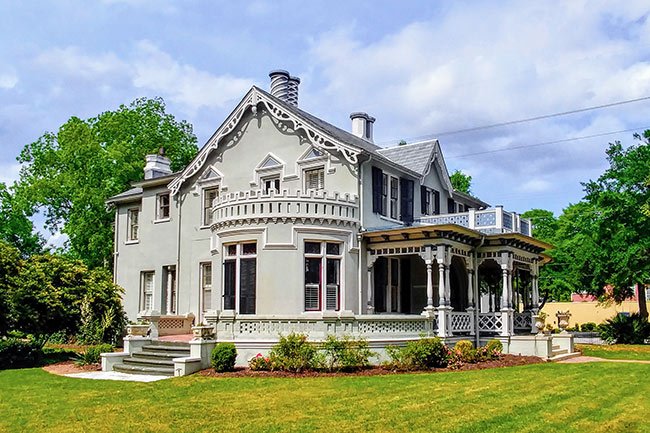 David McNamara of Columbia, 2019 © Do Not Use Without Written Consent

The Preston C. Lorick House is listed in the National Register:

Built by Algernon Sidney Johnson before 1840, and remodeled in the late 1800s, the Preston C. Lorick House is significant as a handsome example of early Victorian architecture. Governor John Lawrence Manning owned the house during his term of office from 1852-1854. Manning is noted for his refusal to pardon white men convicted of slave murder and for his stately country house, Milford, nicknamed “Manning’s Folly.” The house was bought by Preston C. Lorick in April of 1877. Lorick planned and maintained a garden that was the object of public admiration. The house was originally two-stories with a gable roof, columned portico and French windows on the front and sides of first floor. In the late 1800s, the Lorick House was redone in the Victorian style. The portico was extended to a full porch encircling the front and sides. Fancy brackets were added under all eaves, as was gingerbread work at gable ends and triangular molding over the side and upper story windows. The porch has a gingerbread balustrade with turned columns featuring unusual patterned gingerbread tops. Original plants and trees (with magnolias and oak well over 100 years old) enhance the gardens to the front and west of the house.