South Carolina’s General Assembly has offices in two buildings withinin the South Carolina State House complex in downtown Columbia: The senate is housed in the Gressette Building, and the House of Representatives and its staff have offices in the neighboring Blatt Building. 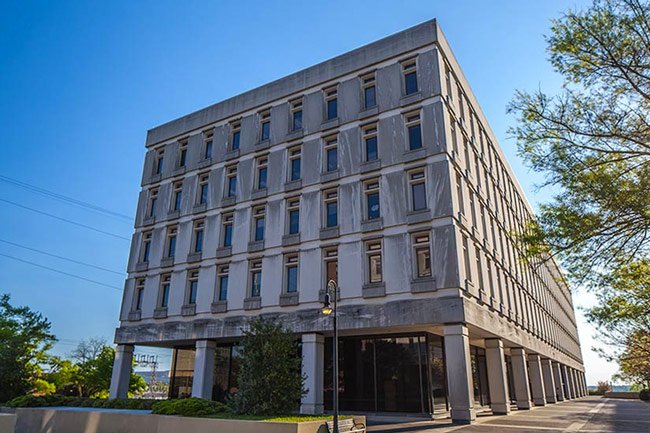 The modern buildings surrounding the state house were built in the 1970s and 1980s when Senate Street was removed from this area to create pedestrian grounds around the capitol. The Blatt Building was named for Barnwell County representative Solomon Blatt, Sr. Blatt began his service in the state legislature in 1933. He was elected Speaker Pro Tempore in 1935 and served in that role until 1937. He became Speaker of the House from 1937 until 1945 and again from 1951 through 1973, the year he was elected Speaker Emeritus. He remained in this role until his death in 1986.

Blatt was one of four members of the alleged “Barnwell Ring.” According to political lore, the Barnwell Ring was comprised of four politically powerful men from Barnwell County who silently worked together to wield influence in the state from the late 1930s throughout most of their careers into the 1970s. The other members of the ring were Representative Winchester Smith, Junior, Senator Edgar Brown, and Joseph Emile Harley, governor from 1941 through 1942. Among the Barnwell Ring’s political victories was the election of Blatt as House Speaker in 1937. The group also tried to defeat Strom Thurmond in his 1946 bid for governor, but was unsuccessful. Thurmond himself was an outspoken opponent of the so-called Barnwell Ring and frequently tried to discredit it during campaign speeches. The existence of the Barnwell Ring has yet to be confirmed.