The congregation of Saint Paul’s formed when a group of Lutherans from the Ebenezer Lutheran Synod in Columbia gathered in the home of Dr. and Mrs. David L. Boozer on December 12, 1886. During this initial meeting, a constitution and council for the new congregation was recommended and approved by the Synod. The new church then met at the local YMCA until members purchased a lot at Bull and Blanding Streets and built a chapel in 1888, called the Second Lutheran Church. The first pulpit in this church was a gift from the First Baptist Church of Columbia. 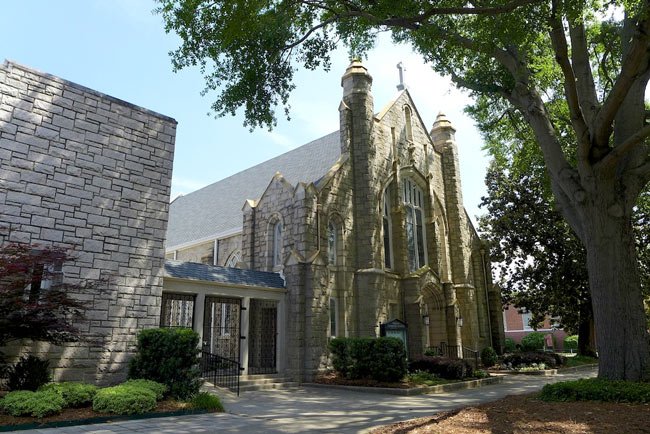 The congregation soon afterwards changed its name to St. Paul’s Evangelical Lutheran Church and received its official charter in 1889. The Gothic Revival chapel was enlarged in 1903, and by 1912 a brand new church was in order, as the congregation had quickly outgrown its former space. The present granite church replaced the first one and was completed in 1914, though the installation of the two transept windows and the New Jerusalem window, all ordered from Germany, were eight months delayed in arrival because the day they were shipped from Holland coincided with the day the United States went to war with Germany in April of 1917. 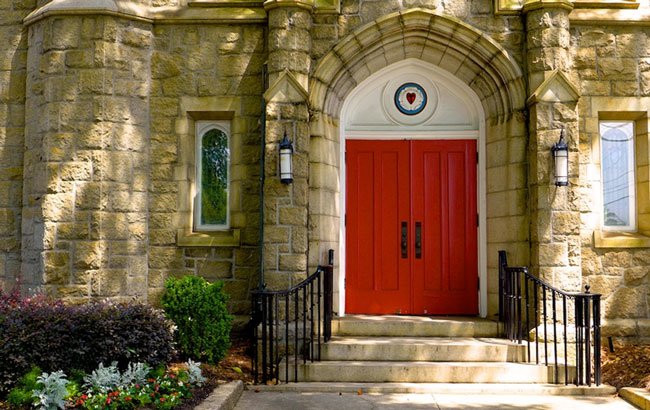 Saint Paul’s continued to grow, and an education building was added in 1954 and named for Dr. Henry A. McCullough, pastor from 1911 through 1945. The interior of the church was refurbished in 1963.