The Saluda County Court House grounds are home to several monuments celebrating the area’s special history. Known first as Butler County, the county was renamed Saluda County two days after its incorporation, in honor of the river which forms its northern border. The word “saluda” comes from the Cherokee Indians and means “river of corn.” The Saluda town clock stands in front of the court house. 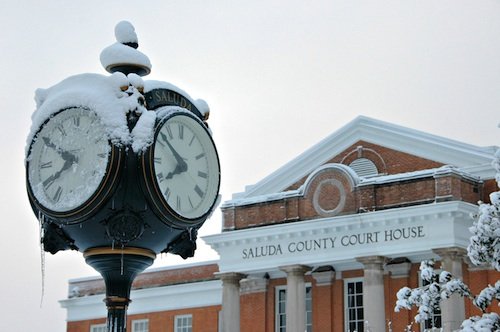 Ron Watkins of Saluda, 2010 © Do Not Use Without Written Consent

The Travis and Bonham monument, which honors heroes of the Alamo (and Saluda County natives!) William Barret Travis and James Butler Bonham, stands on the grounds as well. 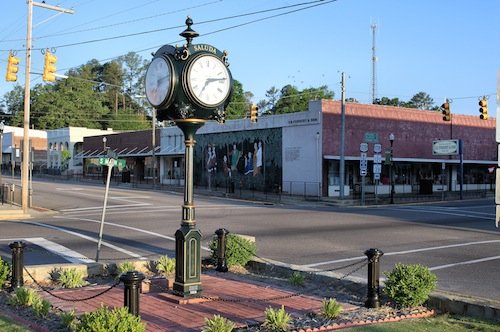 On the west side of the court house is a tablet detailing the Saluda Old Town Treaty. This document was signed in 1755 and stated that the Cherokee Indians must recognize the sovereignty of the King of England over all Cherokee lands in South Carolina.