The Travis and Bonham Memorial stands proudly on the grounds of the Saluda County Courthouse. It honors Saluda County natives William Barret Travis and James Butler Bonham, which are two of South Carolina’s Heros of the Alamo. 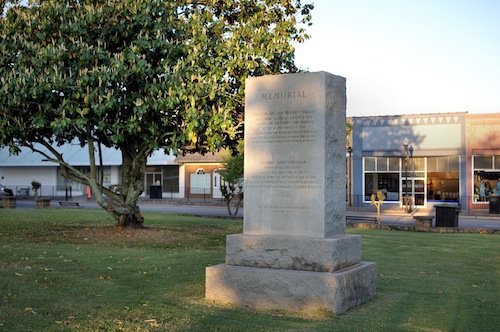 Holding a special place in US history, the Battle of the Alamo in 1836 is revered as an example of patriotism and sacrifice in the face of great odds. With an army of less than 200 men, Travis held the vastly more numerous Mexican troops at bay during a thirteen-day siege. All but two of the defenders perished in the ensuing onslaught, including a total of seven men from our state. Travis is known for his eloquent letter, To the People of Texas and All Americans in the World. 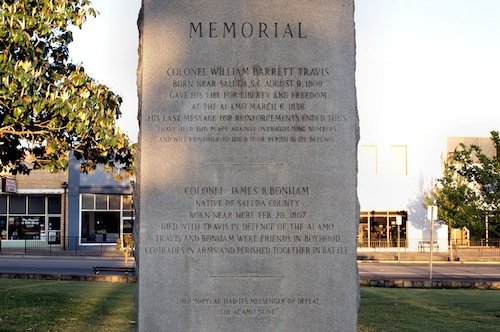 James Butler Bonham was a lawyer in South Carolina before he moved to Texas. As the Battle of the Alamo raged, he broke through enemy lines to deliver letters asking for assistance. Even though he had escaped the danger, Bonham bravely decided to return to the Alamo to assist his second cousin, William Travis, with the defense of their makeshift fort.

Saluda is also home to the Bonham House, which is the birthplace of James Butler Bonham. The house still stands on the same grounds where Jacob Smith, his maternal grandfather, built it in 1780.