Saluda County was formed in 1895, and St. Paul United Methodist Church was organized in the county seat of Saluda shortly afterwards in 1898. In the early twentieth century a simple frame building housed the burgeoning congregation, but with the rising cost of cotton during that time, a building boom in the cotton-producing regions of South Carolina – including Saluda – led to the subsequent construction of grand buildings such as this brick church, which replaced the frame church in 1919. 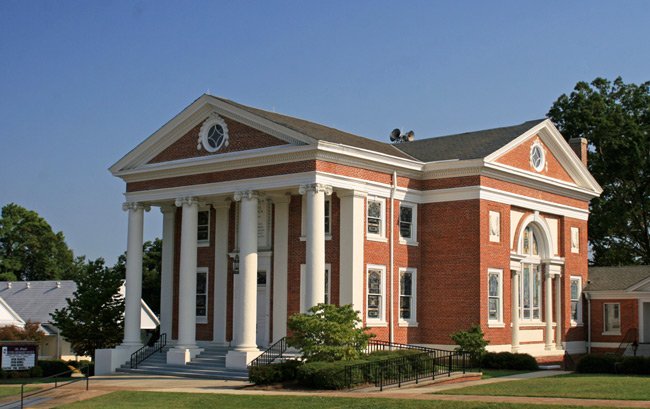 The edifice was designed by Harstville native Charles Coker Wilson. Wilson was the architect behind many stately buildings around South Carolina, including the State House. The church underwent a restoration project in the 1940s, and an addition was built in 1958. It was renovated once again in the 1970s. 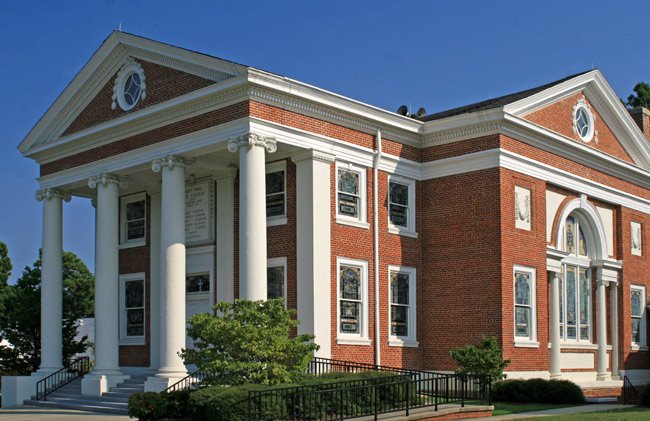 With an active membership of around 350, St. Paul United Methodist Church remains an vital part of the Saluda community.