The American Legion Home in the Duncan Park area of Spartanburg, South Carolina, was completed in 1937 as a Works Progress Administration (WPA) building. Constructed from local granite, the home still serves as a meeting place for the American Legion Post 28. 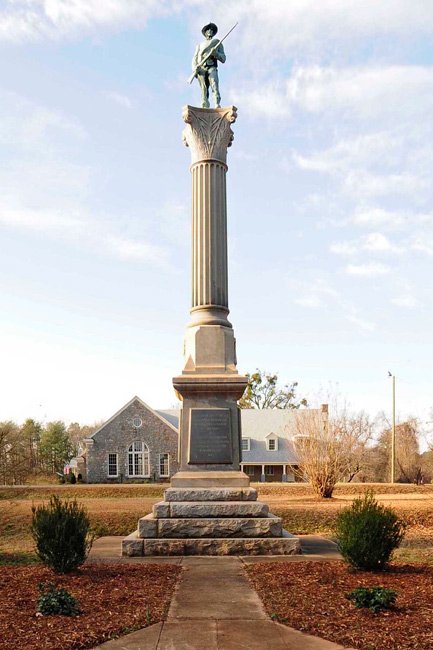 The building is listed in the National Register, which has this to say about the American Legion Post 28:

The Spartanburg Post 28 American Legion Building is significant for its architecture, which was designed by the internationally-recognized engineering firm Lockwood, Greene & Company, and the techniques used by the Works Progress Administration (WPA) in its construction. The granite used in the construction of the building was taken from a local quarry, and buildings using this stone and stone masonry are rare in this area. In 1933, President Franklin D. Roosevelt established the Public Works Administration (PWA). The purpose of this administration was to finance the building of public works, such as roads and hospitals, in order to boost the economy of the 1930s.

The WPA grew out of a need to use the funds generated by the PWA. Unlike the PWA, the WPA would actually do all of the work. Construction of the building began on January 13, 1936. The first meeting in the completed building was held on Friday June 5, 1937, and the formal dedication took place on November 11, 1937 to coincide with Armistice Day programs which were being held that day as well. The American Legion provided the materials, engineering, and some of the equipment used in the construction of the building. The building was constructed in the Colonial Revival style by the WPA using granite laid in random courses and taken from a quarry in Pacolet, a town to the east. It is a large complex gable-front-and-wing building, the roof of which is asphalt-shingled and asymmetrical in design.