This meeting house in Landrum serves an interdenominational congregation, despite its Methodist name and roots. The congregation of Jacksons Grove United Methodist Church considers itself a community church, embracing a broader sense of the Christian faith than what is limited to a single denomination. The church’s founding dates back to around 1830, following the conversion of several Presbyterian settlers to Methodism as a result of the influential sermons Bishop Francis Asbury’s delivered while riding preaching circuits throughout the South. 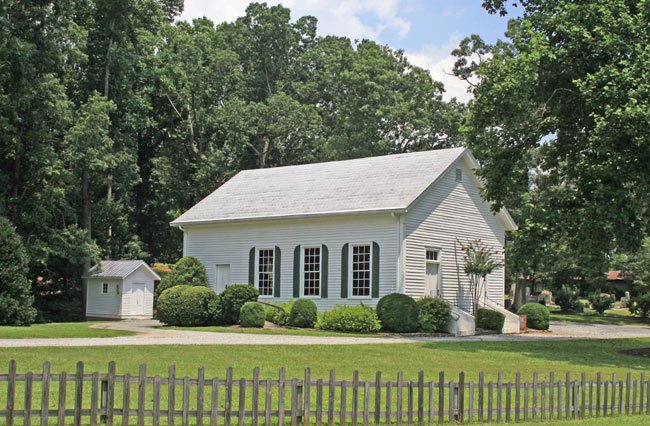 The land that surrounds Jacksons Grove Methodist belonged to Thomas Jackson during the late eighteenth century. Jackson was a grandson of settlers John and Elizabeth Jackson, who acquired the land in the mid-eighteenth century shorty after new boundaries distinguished Native American territory from that of white settlers. The Jacksons, as well as other settlers in the area north of the Pacolet River, were Presbyterian and attended North Pacolet Presbyterian Church, formed in 1780. Prior to that, they worshiped at Nazareth Presbyterian in Roebuck. 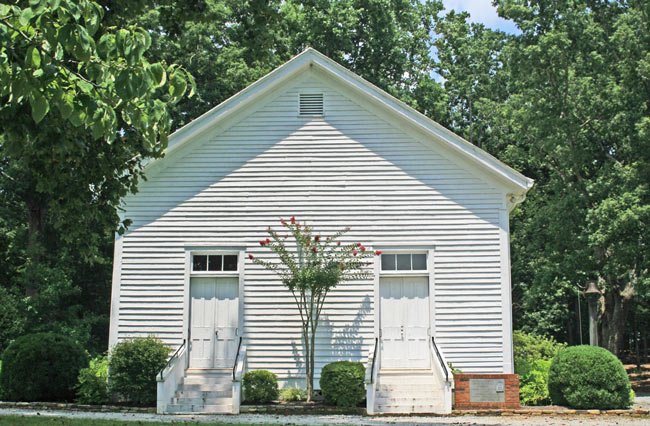 A few years later, following Bishop Asbury’s energetic preaching, many residents of the area became Methodists. Robert Mills counted 361 Methodists in Spartanburg County as part of his 1820 survey of South Carolina. It is believed that the Jackson family was included in that count, as several family records from the 1830s and 1840s show that Jacksons were both baptized and active in the Methodist faith. Jacksons Grove Methodist Church was formally established around this time, and the congregation first met in a log cabin. This frame building replaced the log structure in 1875. The church was built by George Washington Wilkie of Catawba County, North Carolina, on land donated by Marsden Perry Jackson, who had inherited the land, and his wife, Emily. The church remains active and began identifying itself an interdenominational in recent years.