This former hotel in the historic town of Mayesville was built in 1911 during the height of the town’s economic boom. When planter Matthew Peterson Mayes – known as “Squire” – established his plantation here in the 1820s, several other family members joined him, adding their own homesteads to the otherwise undeveloped landscape. 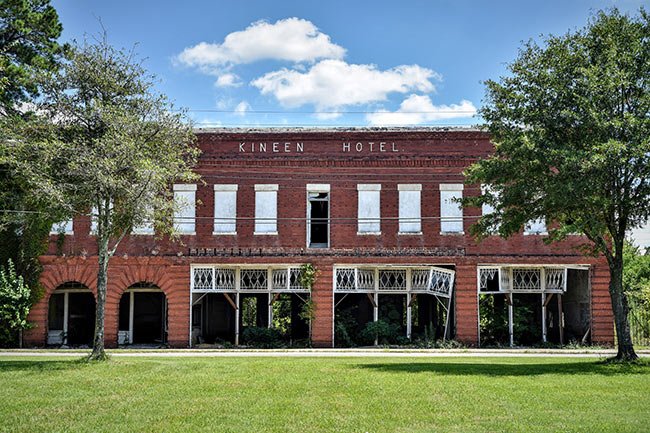 Kelly Fickling Reardon of Sumter, 2018 © Do Not Use Without Written Consent

In 1852 the Wilmington and Manchester Railroad passed through Mr. Mayes’ property, and Mayes Station was constructed there to accommodate passengers. As a result, the community began to grow, though it suffered mightily during the Civil War, when the rails, cars, and depot were destroyed by Union soldiers. 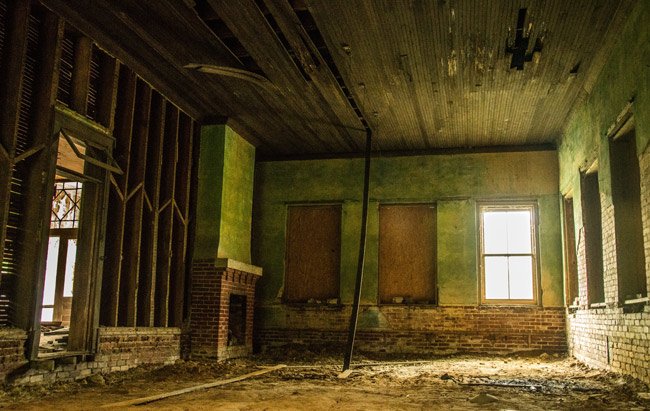 The railroad was soon repaired, however, and businesses that opened in Mayesville in the late nineteenth and early twentieth century thrived. The Kineen Hotel was established to accommodate traveling salesmen who frequently stopped for a night or two in the commercial district. 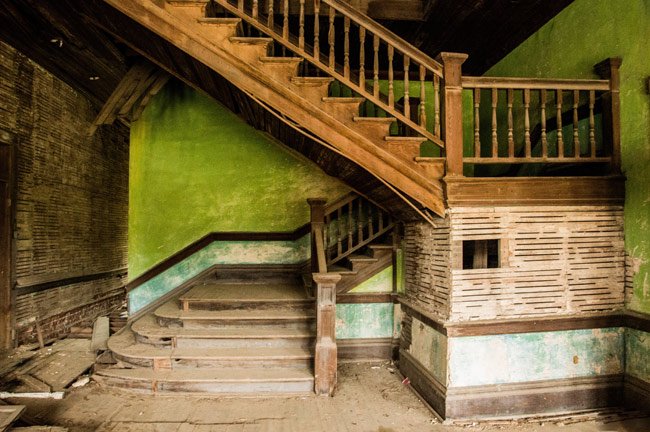 Unfortunately, the prosperity of Mayesville was temporary; its economy was dependent on trains, and the advent of automobiles and the interstate highway system eventually depleted the town of most of its commerce. Still, the town had enjoyed a few decades of commercial vitality, including the early success of the Kineen Hotel. 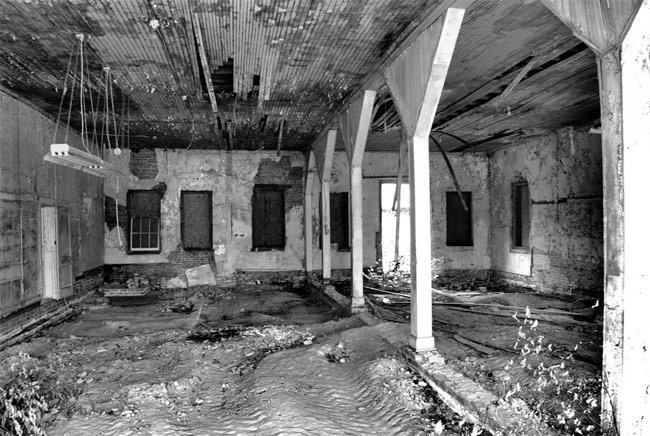 Terry Lewis, 2011 © Do Not Use Without Written Consent

The hotel was the enterprise of W.N. McElveen, and the name “Kineen” derived from the combination of his name with that of his business partner, a man named McKinney. Sadly, the accommodation folded during the Great Depression and was sold at auction to Robert James Mayes, Jr. 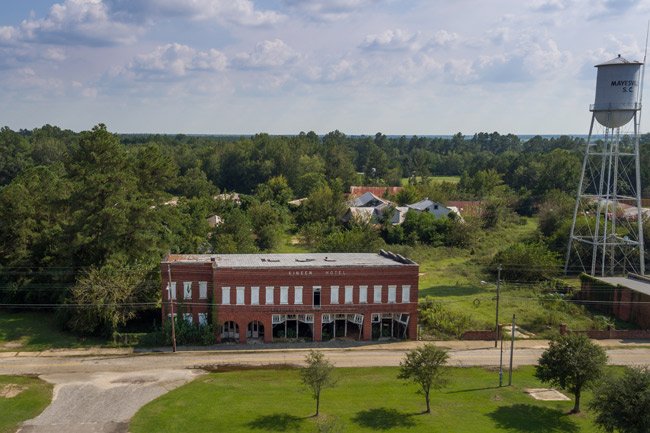 Ken Toney of Boiling Springs, 2016 © Do Not Use Without Written Consent

Mayes utilized the building for several purposes, including officespace and a commissary for farm workers. Mayes’ son, William, found even more uses, employing it as a place to process tobacco, cure sweet potatoes for the Gerber Baby Food Company, and provide storage to local residents. 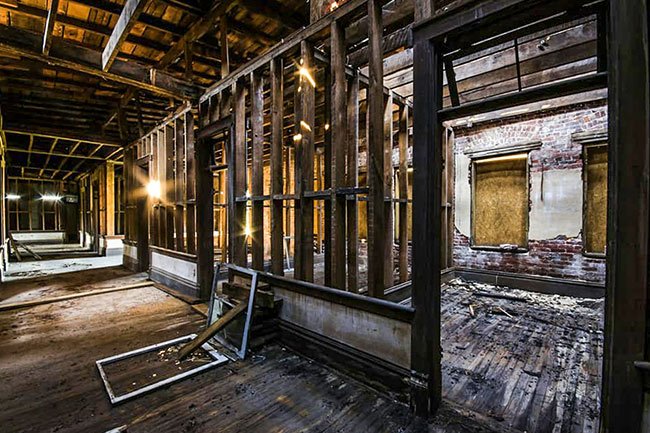 Around 1998 the building was purchased by the Whitaker family, proprieters of a cabinet-making company. Owner Whit Whitaker envisioned restoring the building for a variety of businesses ranging from retail to restaurants.

Those plans were never realized, and the Town of Mayesville purchased the building and received a $500,000 U.S. Department of Housing and Urban Development grant in 2012 to convert the space into affordable housing and public recreational space. 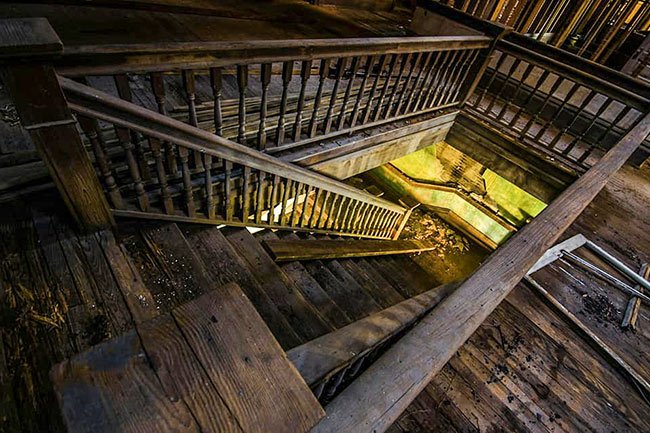 The Kineen Hotel is listed in the National Register as part of the Mayesville Historic District:

More Pictures of the Kineen Hotel 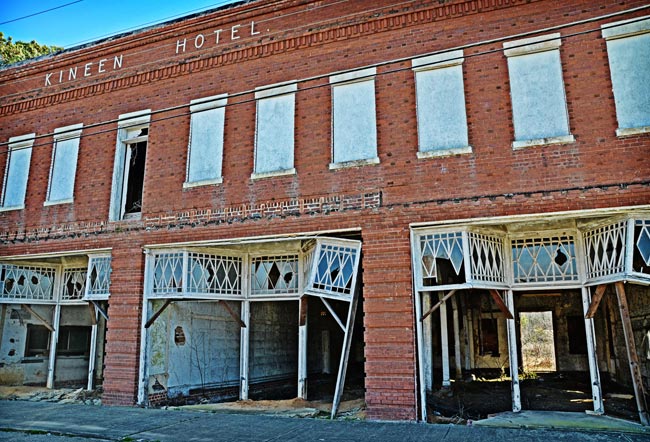 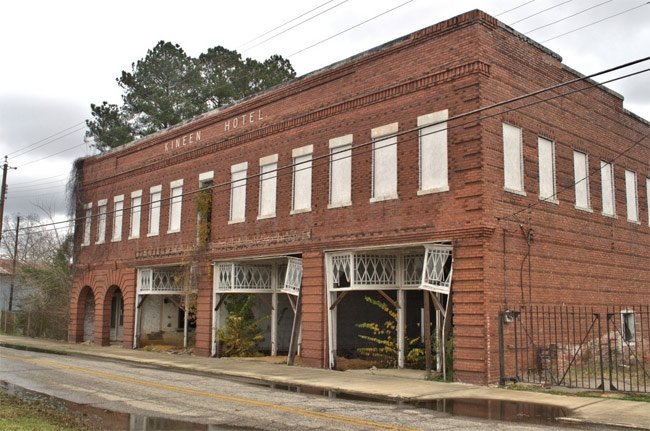 Terry Lewis, 2011 © Do Not Use Without Written Consent 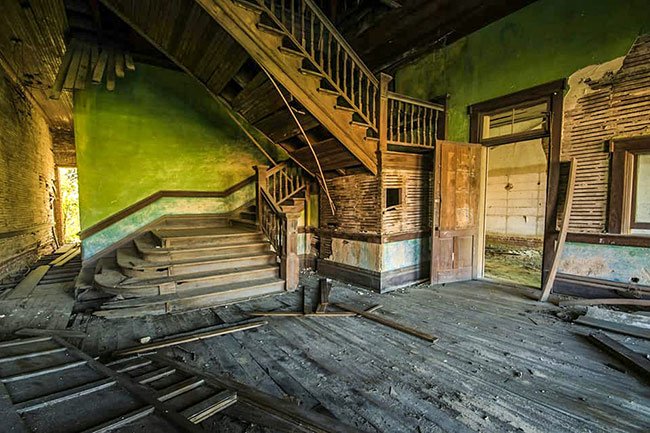 Reflections on the Kineen Hotel

Contributor Kim Wright shares, “I like to take pictures of old, abandoned places. I knew that Mayesville has a lot of ‘closed’ up/run down places where I could take some interesting shots.” 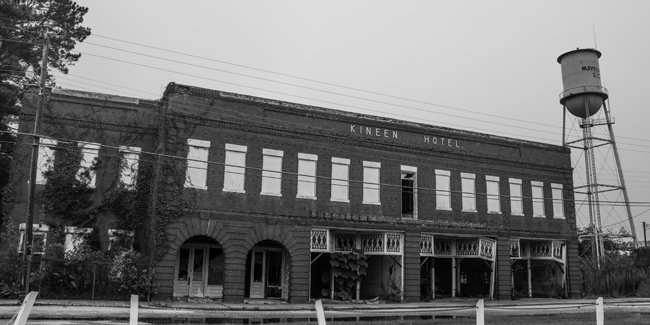