Sans Souci was established before 1750 as a plantation in Sumter County, located on land originally deeded to brothers John, Edward, and Hugh Rutledge. John served as South Carolina’s first governor and was a signer of the United States Constitution. Edward served later as governor and signed the Declaration of Independence. Hugh was a lawyer and judge. 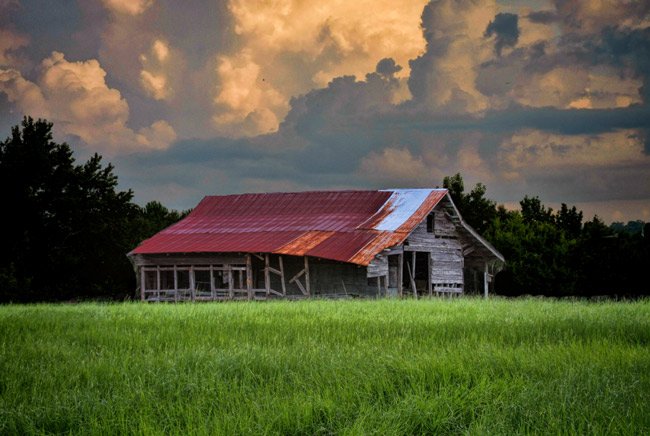 Pete Lawrence of Sumter, 2009 © Do Not Use Without Written Consent

While the Rutledges were Charlestonians, they made Sans Souci Plantation their summer residence. At least one of Hugh’s children was born at Sans Souci. The plantation primarily harvested hay and raised cattle. The original house burned in 1934, though its ruins remain on the property. 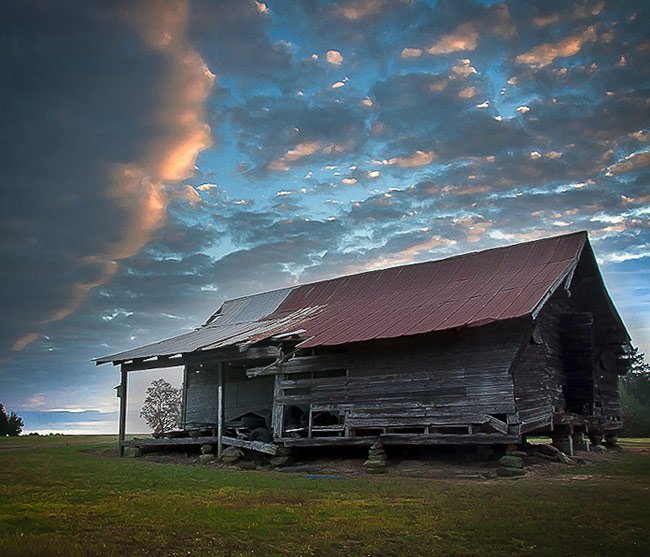 Kevin Travis of Sumter, 2010 © Do Not Use Without Written Consent

Owners Katie and Wendell Levi purchased the property in 1970. Today they continue to farm hay, and they also reintroduced cattle (Black Angus and Ultrablack) in the early 1980s. The 680 acres of land look 20 miles into the High Hills of Santee, offering views of the Wateree River flood basin. The farm is now under a conservation easement with the Congaree Land Trust and also serves as a popular event site, its open-air pavilion hosting roughly 25 weddings each year.

Sans Souci is a French phrase meaning “without care.”

Kevin Travis, who contributed the amazing photo above, describes the scene he found at the Sans Souci Farm in November of 2010: “This farm was established back in 1750. I’m fortunate enough to live near this location and I was able to visit this beautiful hay farm on Thanksgiving morning. As I was standing there by the barn I was able to watch the morning sun rise and give way to this awesome sky. I soon found myself giving thanks.”