This Neoclassical home in the Union County town of Jonesville was built in 1909 for Hattie Fripp McWhirter, who married prosperous Jonesville merchant James Lester McWhirter in 1879. They raised a family together on this 1.3-acre lot; however, following the unexpected death of James McWhirter in 1906, Hattie McWhirter had their original home (not shown) relocated across the street. 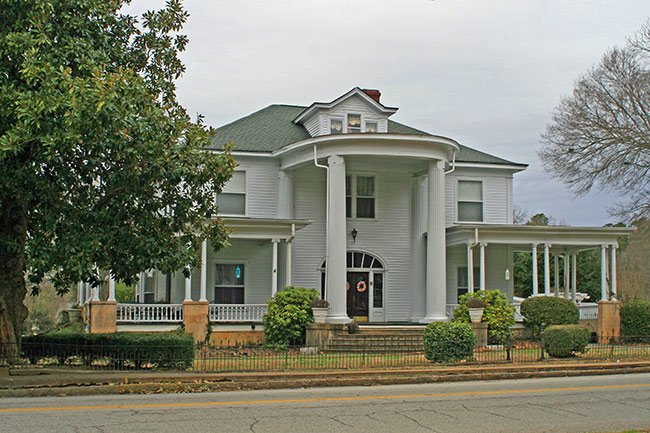 Mrs. McWhirter then hired Greenville architect Joseph Cunningham to design this opulent home to reflect the success of her family’s business endeavors. By 1902, Mr. McWhirter owned one of seven general stores in Jonesville as of 1902. He also held ownership or leadership roles in the Jonesville Bank, Jonesville Drug Store, Enterprise Hotel, and Jonesville Manufacturing. 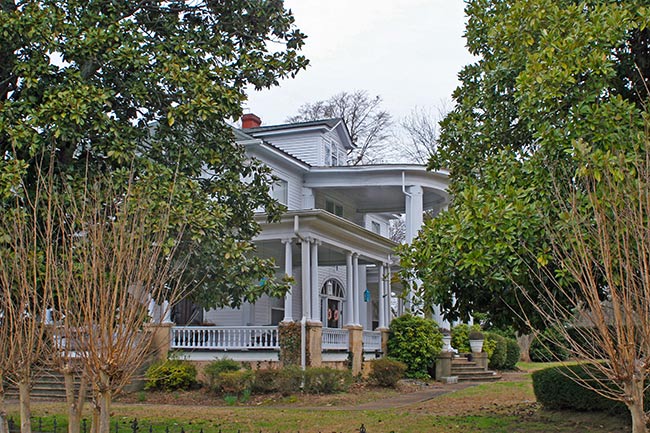 James McWhirter’s two sons continued in their father’s footsteps with careers in banking and textiles. A letter from McWhirter, dated 1908, is written on stationary marked “J. L. McWhirter Sons Company.” The letterhead describes the pair as “Successors to J.L. McWhirter,” purveyors of general merchandise and fertilizer, and purchasers of cotton.

The McWhirter House is listed in the National Register:

The McWhirter House is an excellent example of early twentieth century Neo-Classical residential architecture. Built by Mrs. Hattie Fripp McWhirter in 1909, the house is also significant for its association with the McWhirter family who contributed greatly to the economic, social and civic life of Jonesville during the late nineteenth and early twentieth century. The design of the house is attributed to Joseph Cunningham of Greenville, South Carolina, who was previously employed by J.E. Sirrine prior to becoming a principal architect in the firm of Cunningham and Cunningham.

The design possesses many of the distinguishing characteristics of the Neo-Classical style. The front façade of the house is dominated by a full-height porch supported by classical columns. It is symmetrically balanced with side porches accented with classical detailing. The opulent interior has a dramatic entry foyer with hardwood floors inlaid with an intricate Greek key pattern. The foyer has ornate wainscoting and mahogany Ionic columns adjacent to beveled mirrors that provide partial separation from the foyer and the rest of the central hall. The design and craftsmanship convey an image of affluence and prominence associated with the McWhirter family at the time. 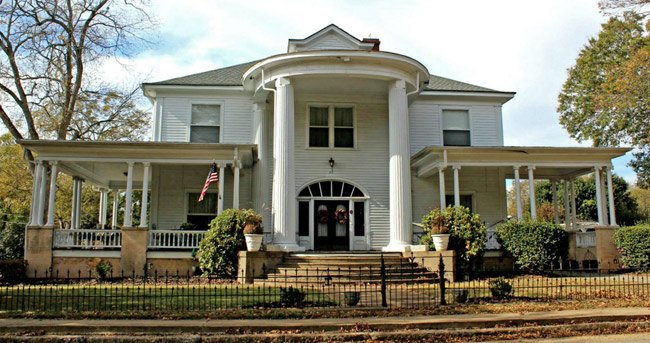