This truss bridge of rusty steel crosses the Tyger River in Union County. It was built in middle of the twentieth century. Officially called the Tyger River Bridge, it is also known as the Sardis Road Bridge and the Rose Hill Bridge, as it leads to nearby Rose Hill Plantation. 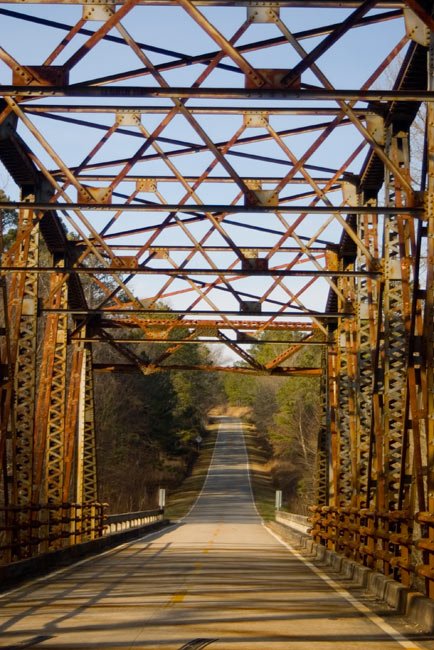 Another popular name is Crybaby Bridge, and legend claims it was the scene of a chilling tale. Visitors to the bridge sometimes report hearing human cries rising from the river below. An adulterous woman, angered by a husband who refused to grant her custody of their child, threw the infant over the bridge in spite. Realizing the horror of her impulsive action, the mother jumped in after her baby. Both drowned. Many believe the sounds they hear beneath the bridge come from the harrowed spirits of mother and child.

Interestingly, tales of “Crybaby Bridges” persist across the country. In fact, there are at least two other Crybaby Bridges in South Carolina, one near Anderson and the other in Pageland.