Nestled along the Tyger River near Union, Rose Hill Plantation served as the South Carolina Governor’s mansion during William Henry Gist‘s time in office from 1858 through 1860. However, it had served as the Gist family home for decades prior to William Gists’ service in public office. Either Gist or his father, Francis Fincher Gist, built the manse between 1828 and 1832 on property the elder Gist purchased in 1811. Francis Gist established a cotton plantation shortly after buying the land; William Gist continued operations on the plantation after acquiring it in 1821. Cotton and oats were also grown on the plantation, and the family cultivated roses in the home’s formal gardens, lending to its name. 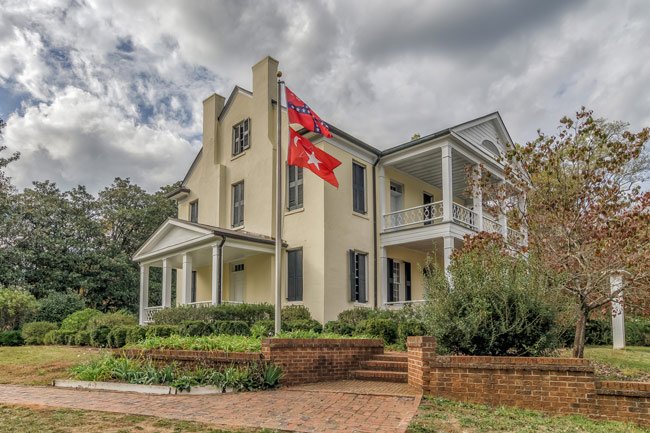 The brick home was stuccoed some time after 1860. Other alterations in the early 1860s include the addition of the double piazzas to both the front and the rear of the home. As a working plantation, Rose Hill spanned between 7,000 and 8,000 acres in 1860. It was around this time that Governor William Gist became known as the “Secessionist Governor” due to his role in forming the Secession Convention, which led to the Ordinance of Secession on December 20, 1860. 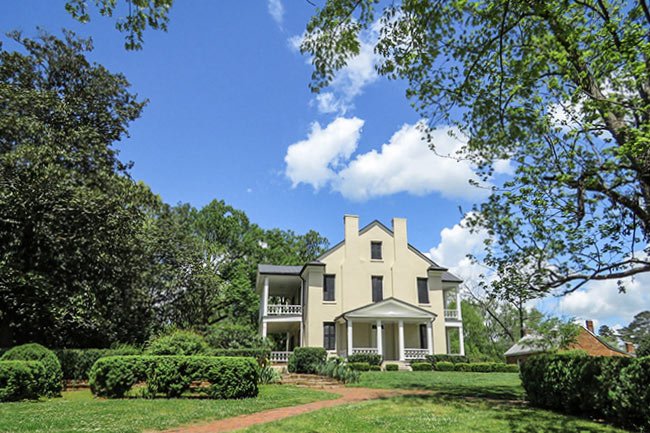 Governor Gist was a signer of the Ordinance of Secession. He remained in Rose Hill following his term as governor, and the home stayed in the Gist family until descendants sold it to the United States Forest Service in 1938. The Forest Service then developed the adjacent Sumter National Forest during its ownership of the property. 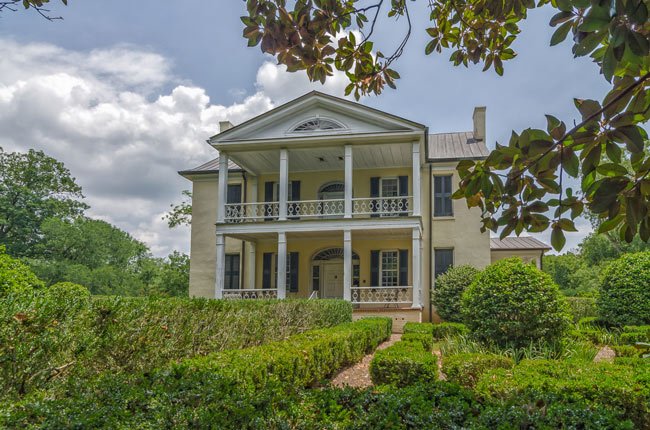 In 1944 the Forest Servcie sold the home and remaining 44 acres that were not used in the establishment of the Sumter National Forest to Clyde T. Franks. Franks restored the property, including the home and gardens, and opened it to the public for tours. He eventually sold the tract to the South Carolina State Park Service in 1960. One hundred years after Governor Gist signed the Ordinance of Secession, his family home became a South Carolina State Historic Site. 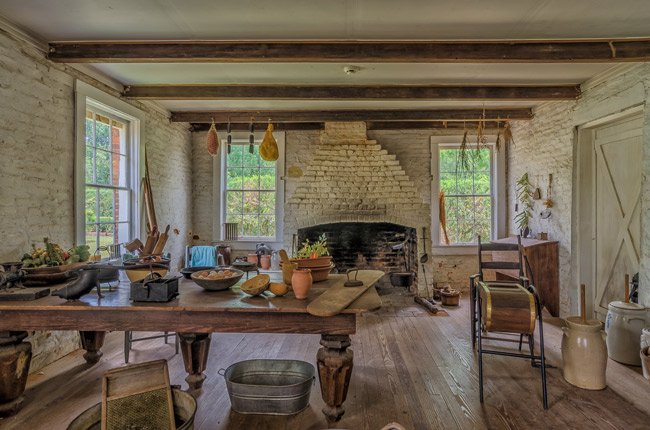 The home and grounds are open for tours, and occasional Civil War reenactments are held on the site. Seasonal programs, events, and demonstrations are hosted in the home, the gardens, and in the surrounding outbuildings. The detached kitchen building, seen above, was built shortly after the original kitchen burned in the late nineteenth century. The risk of fires such as the one that destroyed the kitchen is the reason many antebellum homes built kitchens away from the main house. While no remnants of slave cabins have yet been discovered at Rose Hill, it is known from records that at one point 17 structures to house 178 slaves stood on Rose Hill Plantation. 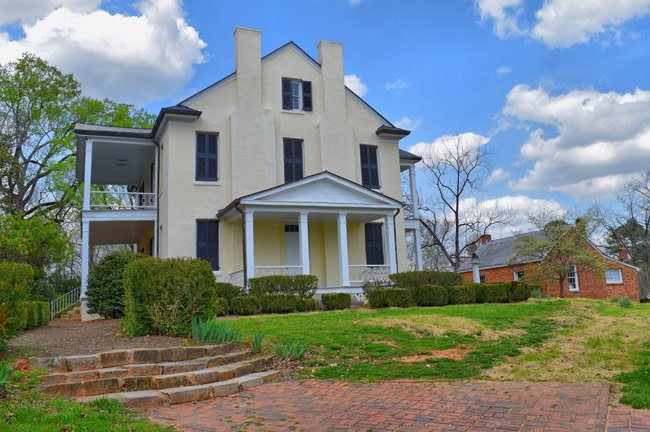 James Bonetti of Greenwood, 2016 © Do Not Use Without Written Consent

Weddings and other events are permitted at Rose Hill Plantation, and leashed pets are allowed on the grounds. 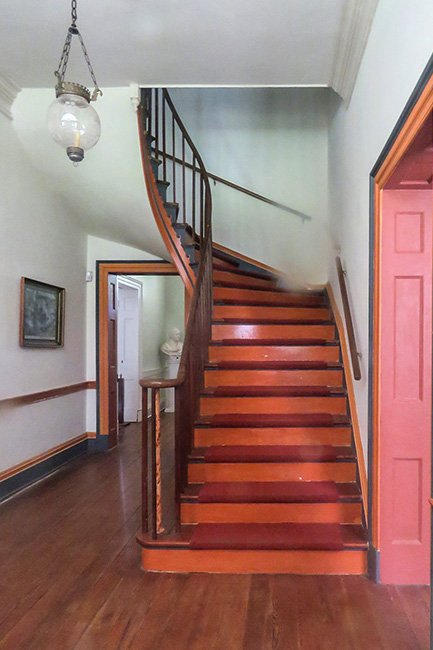 Rose Hill Plantation is listed in the National Register:

(Gov. William H. Gist House) Rose Hill was built between 1828 and 1832. After 1860, the brick was covered with stucco and two-tiered back and front piazzas were added. The classically inspired house features more refined ornamentation than usually found in upcountry houses of the period. Notable interior features are spiral staircase, doors, moldings and fireplaces. The house is surrounded by boxwoods, rose gardens and magnolias, enclosed by a cast-iron fence. Rose Hill’s original owner and builder, William H. Gist, represented the Union District in the South Carolina Legislature from 1840-44, and in the South Carolina Senate from 1844-56. He served as Senator and Lieutenant Governor from 1848-50 and Governor from 1858-60. Gist effected the Secession Convention that brought about the Ordinance of Secession, of which he was a signer. The property at present is Rose Hill Plantation State Historic Site comprising the house, outbuildings, and forty-four acres of land.

Photographer Ed Long writes, “Rose Hill Plantation, located in Union County, was the home of William H. Gist, known as a fire eater and the Secession Governor. Today it is a peaceful, serene place to visit with plenty of photo opportunities. I found it to be a very rewarding experience to walk among the rose gardens and grounds and to wonder what it was like to have lived in such a time and place as this during such a tumultuous time in our state’s history.”