This Neoclassical building in historic Union, the county seat of Union County, was completed in 1913. The county was named for the old Union church, which was called such because it served Methodist, Baptist, and Presbyterian congregations, creating an ecumenical union. 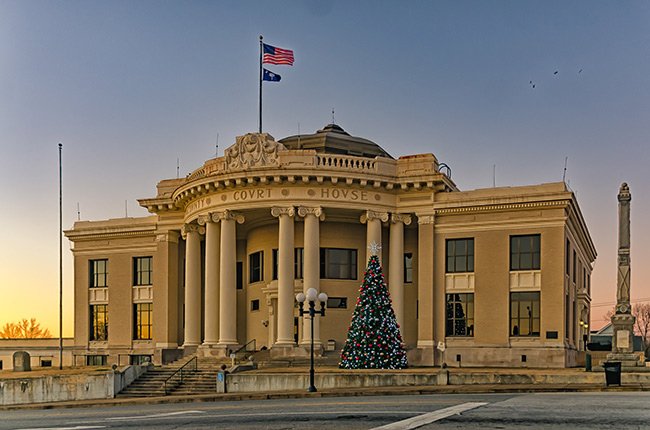 This courthouse replaced the original, which was built in 1825 and designed by noted architect Robert Mills. The first courthouse was torn down in 1911, and construction on the current building began that year. Designed by architect Anthony Ten Eyck Brown and constructed by John J. Cain, the painted-brick edifice continues to serve Union County as a courthouse today (1).

Interesting note: In the early days of World War I, Union County was the only county in the nation that did not have a draft because its draft quotas were filled by volunteers. 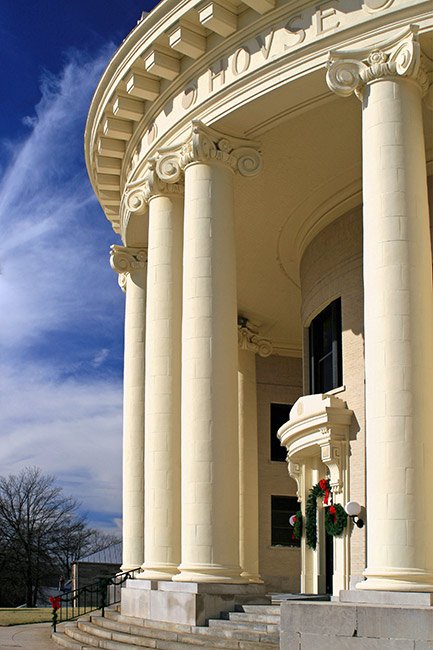 The Union County Courthouse is listed in the National Register as part of the Union Downtown Historic District and says the following about the area:

The Union Downtown Historic District is significant as the public, commercial, and social center of the city of Union. It is significant as a collection of buildings associated with the commercial and governmental growth and development of Union from ca. 1878 to ca. 1940, with the majority dating from ca. 1880 to ca. 1930, a particularly significant period of commercial development in Union. The district is architecturally significant as a typical example of commercial and public building development and evolution in a small Southern Piedmont town from the late nineteenth century into the early twentieth century. The district includes commercial, public, residential, industrial, and transportation-related properties. Architectural influences include the Commercial as well as Neo-Classical and Victorian styles.