Ebenezer United Methodist Church in Hemingway is thought to be the oldest Methodist church in Williamsburg County. The congregation was founded prior to 1822, when Samuel Heaselden (later spelled Haselden) bequeathed its members two acres of land for the building of a church. 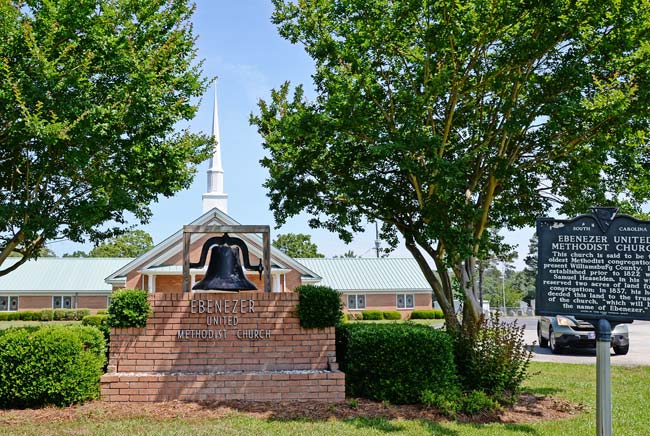 According to Heaselden’s will, his land was not to be divided until the death of his wife or until his youngest child turned 21 years of age. In 1837 the land was finally transferred to the church, which was named Ebenezer Methodist by church trustees. The first church building, located near Heaselden’s home on Muddy Creek, had been a one-room log structure with a chimney and no windows. The present sanctuary stands on the site deeded to the church by Heaselden. 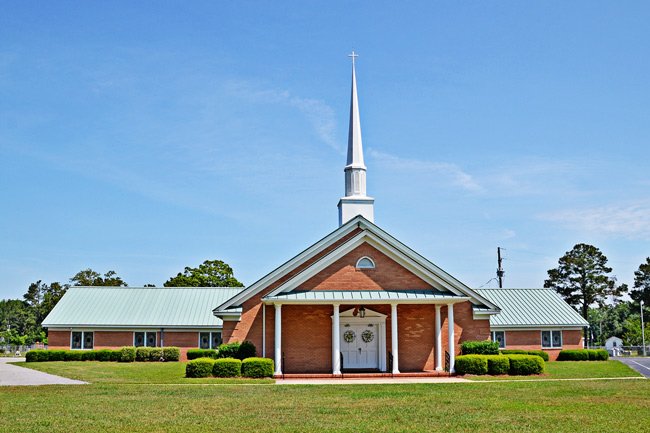 The area surrounding Williamsburg County was settled by Scots-Irish immigrants in the early eighteenth century. John Witherspoon quickly organized Williamsburg Presbyterian Church in 1736 soon after his arrival from Ireland. Thus, many of the early congregations in the district, now county, were Presbyterian. The forming of Ebenezer marked a cultural change to the area, and it became a stop along Bishop Francis Asbury’s preaching circuit. Asbury had been the founder of Methodism in the South. 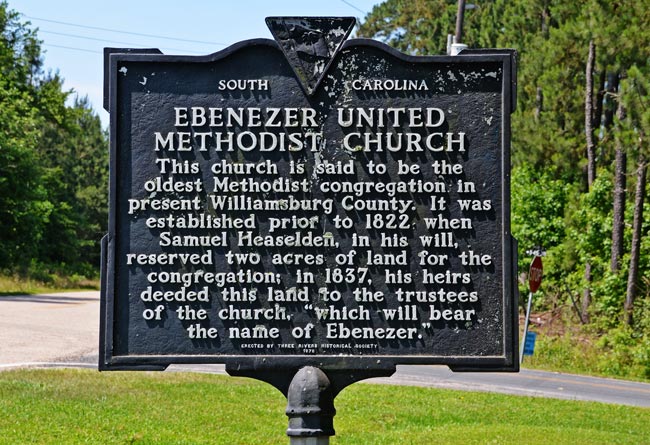 According to Linda Brown, “Because Williamsburg County was predominantly Presbyterian, Bishop Asbury got a cold reception from much of the county but was always welcome at the Haselden home on Muddy Creek.” Ebenezer United Methodist Church remains an active part of the Hemingway community.

Linda Brown, who contributed the above photos and much of the information, shares her connection to Ebenezer United Methodist Church: “On a more personal note, Samuel and Ann Haselden were my fourth-great-grandparents.”