Originally called Lamberts, this small town in the Pee Dee was renamed Hemingway in 1911 for Dr. W.C. Hemingway, whose land was used to establish a track for the Seaboard Air Line Railroad. Located along the Mullins-to-Andrews line, the depot – along with the area’s nutrient-rich soil – made Hemingway a hot market for cotton and tobacco crops, as depicted on this Main Street mural. 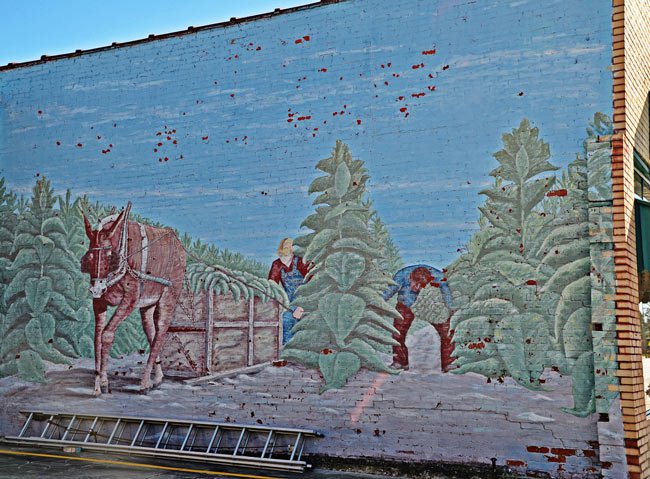 The advent of the boll weevil in 1921 caused cotton production to decline, making tobacco the primary cash crop. Soybeans and canola are newer crops that have also flourished in the rich soil that benefits from its proximity to the Great Pee Dee River. Hemingway is known for more than tobacco, however; the town calls itself the “Barbecue Capital of the World” and is home to the annual Bar-B-Que Shag Festival each spring. Scott’s Bar-B-Que, a Southeastern culinary destination, draws foodies from near and far. 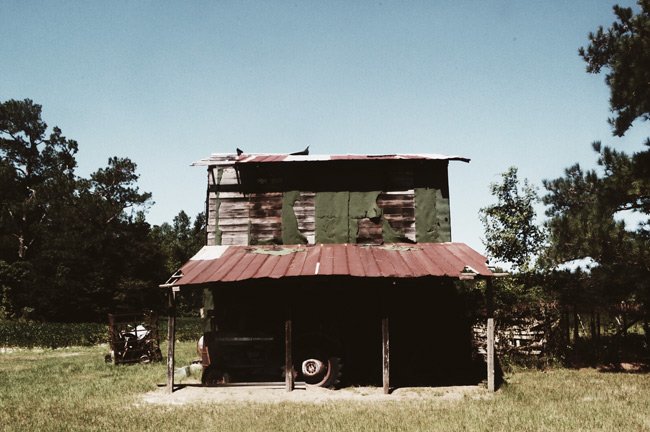 Kaylin Moss of Mount Pleasant, 2016 © Do Not Use Without Written Consent

Kaylin Moss says of her above photo: “Hemingway is home to many of my relatives. This barn has belonged to my family for generations.”