This vacant building in rural Hemingway once housed a store owned by William L. Britton, brother of deputy sheriff Walter E. Britton. Walter E. Britton began his career as a police officer for the Town of Hemingway in 1938. He worked in this capacity for three years before being named Chief of Police in 1941. After a successful run as police chief, he left law enforcement to tend to his farm. However, this hiatus lasted only two years before he returned to law enforcement as a game warden. In 1949 Britton joined the Williamsburg County sheriff’s department, where he remained until his retirement in 1964. 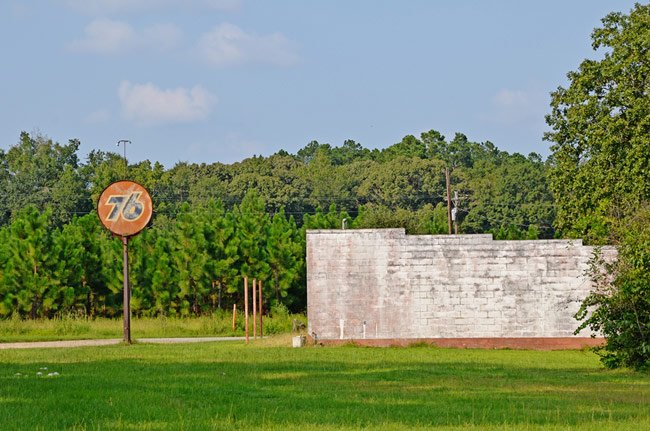 William L. Britton owned and operated this local store and gas station on Radio Road. Though now empty, the store building still stands at one of Hemingway’s intersections, advertising Pure Oil on one side of its sign and 76 on the other. Pure Oil was purchased by Union Oil in 1965 and rebranded as Union 76 in the 1970s. 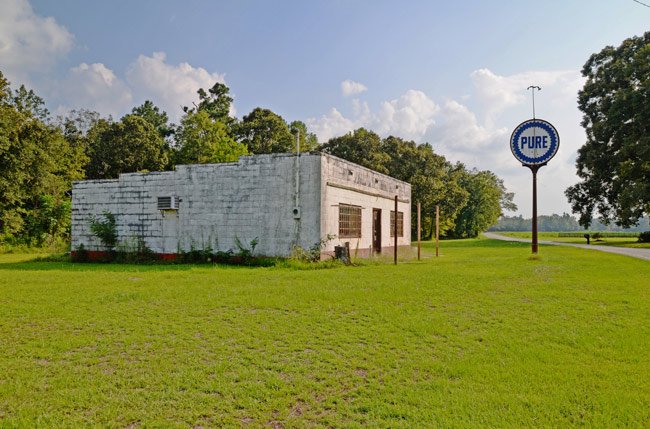 We would like to make this page better. Do you know a story or have any information about the Walter Britton Store? If so, please send it to the South Carolina Picture Project. Thank you!