The congregation of Kingstree First Baptist Church dates to 1858, the first year there were enough Baptists in Williamsburgh District (now Williamsburg County) to form a church. This early group of Baptists initially met at a site along the Black River, where members built a modest church soon after the congregation was formed. By 1875 the church had grown and was ready to move to the center of Kingstree. The church abandoned its original location, leaving behind the Old Baptist Cemetery, which remains today behind Greater Bethel AME Church. The original church structure is no longer standing. 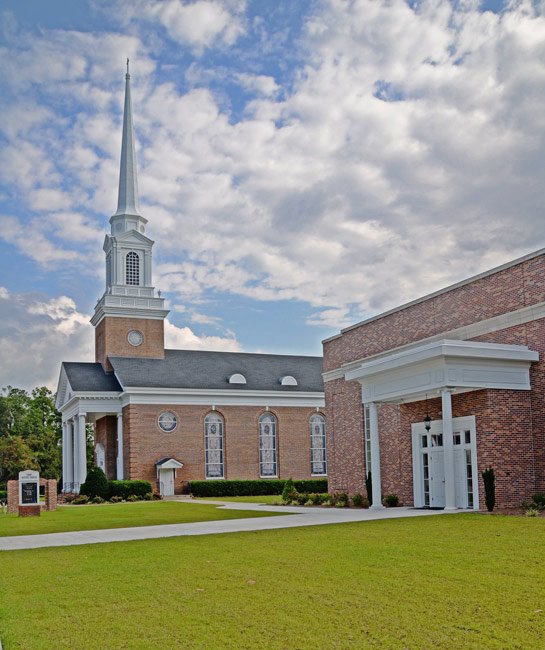 In 1875 construction began on a wooden frame church to house the growing congregation on a site in town directly across from historic Williamsburg Presbyterian Church. The Baptists met in nearby Kingstree United Methodist Church, which at the time was located at Academy and Church streets, until their new church was complete. After moving into its new building, however, the church continued to attract more members, and by the early twentieth century yet another church was needed. In 1913 a brick church with white columns and a dome replaced the wooden church and served the congregation for 75 years. That church is pictured below. 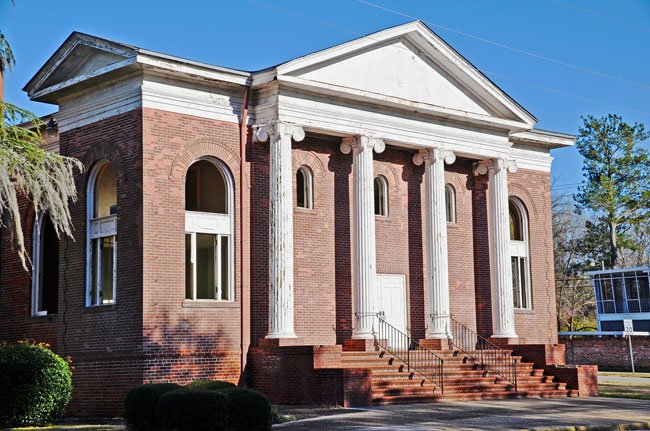 When the church decided to again build a larger sanctuary in 1988, it kept the old church standing on the property adjacent to the new building with plans to use the former church as a Family Life Center. However, the old sanctuary was too outdated to restore economically. Instead, the old church was torn down on April 9th of 2013 – a century after it was built – with its stained glass windows carefully removed and stored prior to demolition. The new state-of-the-art Family Life Center was built in its place and opened its doors to church members in March of 2015.