This brick building in downtown Kingstree served as a private hospital established in 1919 by Dr. Edward T. Kelley. The hospital’s original building opened on March 1, 1919 and was called Kelley Sanitarium. Shortly after the facility opened, Dr. Kelley, a surgeon, developed a nursing school within the hospital. The first nursing school class graduated in 1924. The hospital burned in 1938, but Dr. Kelley was able to raise the funds necessary to build the structure seen here, which was dedicated on April 15, 1940. 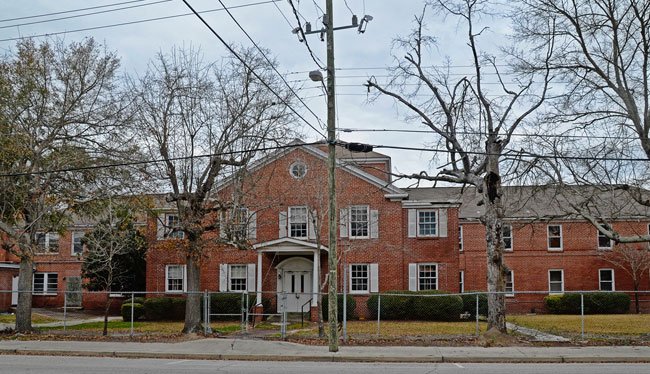 Many wealthy donors such as R.R.M. Carpenter, owner of the Philadelphia Phillies; Bernard M. Baruch, financier and adviser to several United States presidents; and Eugene DuPont, Jr., of the E. I. du Pont de Nemours and Company, gave funds for the rebuilding of the hospital, as did many locals who benefited from its services. The 61-bed hospital was renamed Kelley Memorial Hospital upon its completion in honor of Dr. Kelley’s late wife, Lorena Ross Kelley. 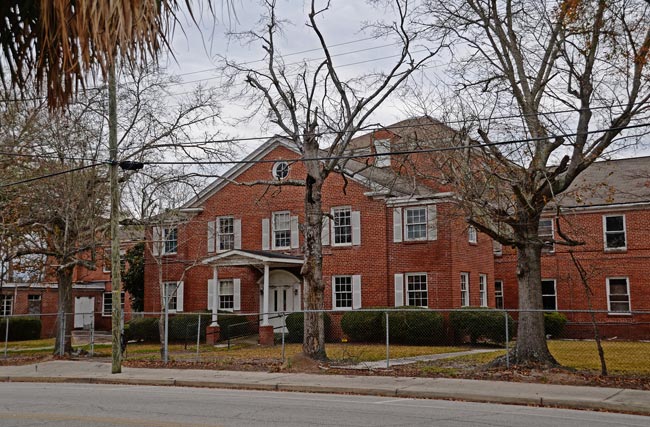 The hospital became a public facility in the 1940s, though Dr. Kelley relocated to Georgetown during this period and opened a private medical practice. The building continued to serve as a hospital until the opening of Williamsburg Memorial Hospital in 1963. At that time, the building became the Kelley Nursing Home. While no longer a nursing home, the former hospital, now unoccupied, is still owned by Vital Aging of Williamsburg County, a senior services center with locations in Kingstree, Hemingway, and Greeleyville.

Many thanks to contributor Linda Brown, who provided the above photos and much of the information.