Though this charming space in downtown Kingstree has not always been a park, it did begin as a park of sorts in the early twentieth century. When the M.F. Heller Livery and Sales Stables sat here on a block of Academy Street, the establishment was not only a horse business but also a local gathering place for the men of the town. 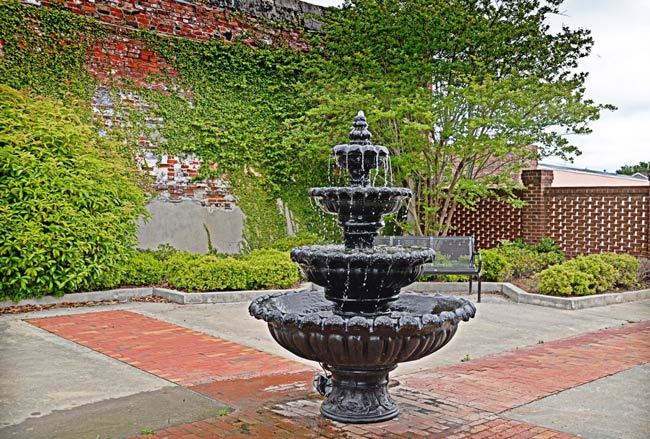 Casually referred to as “Loafer’s Paradise,” the local men would spend hours in the livery’s corral playing cards and drinking whiskey. Though livery owner Michael Frederick “M.F.” Heller may have had a reputation as one who loved a good time, he also was instrumental in building St. Alban’s Episcopal Church, which was founded by his wife, teacher Carrie Simons. 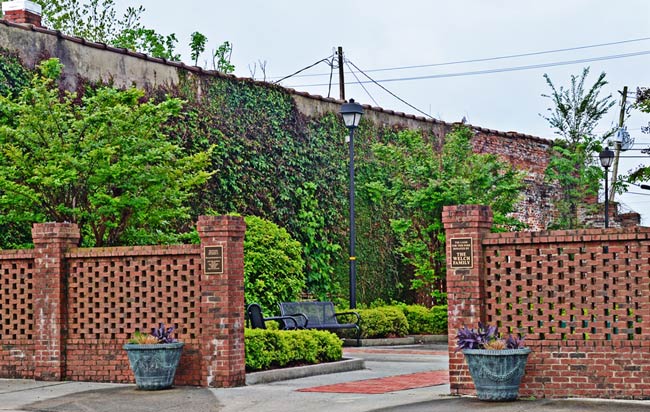 By the middle of the twentieth century, liveries were replaced with car lots, and the former Loafer’s Paradise had become the Winslow Chevrolet Company. When the car dealership moved to its present location on Longstreet Street – the business is now called Longstreet Chevrolet – the property owners demolished the building that had been built in this space as the business office. They then donated the vacant lot to the Town of Kingstree for use as a park. Nestled between two buildings, the park was named Welch Park after the generous family who deeded the lot for use as a public space. 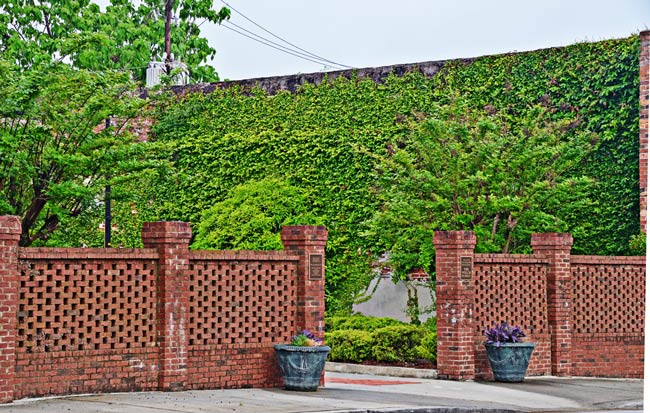 The fountain seen in the top photo was dedicated as a memorial to late W.E. Jenkinson, Jr., a local attorney and former mayor of Kingstree. Unfortunately, the fountain was seriously vandalized shortly after this photo was taken on May 1, 2013, and has not yet been replaced.

The park hosts several local events throughout the year, such as small concerts, the Downtown Pig Pickin’, and the annual lighting of the Mayor’s Christmas Tree.

Many thanks to Linda Brown for contributing photos and information on this lovely park.