This two-story commercial building in downtown Kingstree was built as a pharmacy around 1900, replacing an earlier building used for the same purpose. Pharmacist Dr. James Screven Brockington opened his drugstore on this site in 1873. Dr. Brockington died in 1892, and his son, Dr. W.V. “Jack” Brockington, continued the family business. It is thought that he replaced the original pharmacy with this brick building around the turn of the twentieth century. 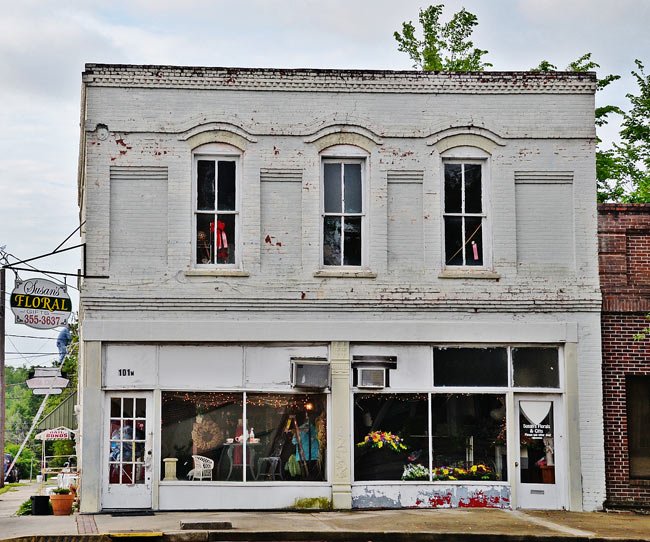 A carriage block to assist Dr. James Brockington’s patients – and later his son’s patients – was placed on the street corner in front of the drugstore. The stone block served as a step to help people as they climbed in and out of their carriages. The carriage block remains an historical reminder of Kingstree’s downtown landscape in the late nineteenth and early twentieth century. 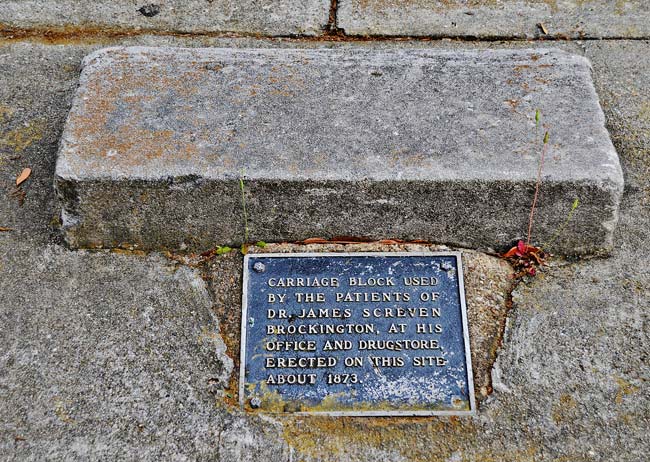 The first floor of the brick pharmacy has undergone modifications since it was built; most notably, the entrance door on the left was originally located on the corner of the building instead. Plate glass windows were also added. Several businesses have occupied the building over the years, including Gilman’s Real Estate and Jean’s Kut’n Kurl. Currently the historic building houses a florist and gift shop. According to contributor Linda Brown, today the building is owned by Jack Brockington’s great-granddaughter. 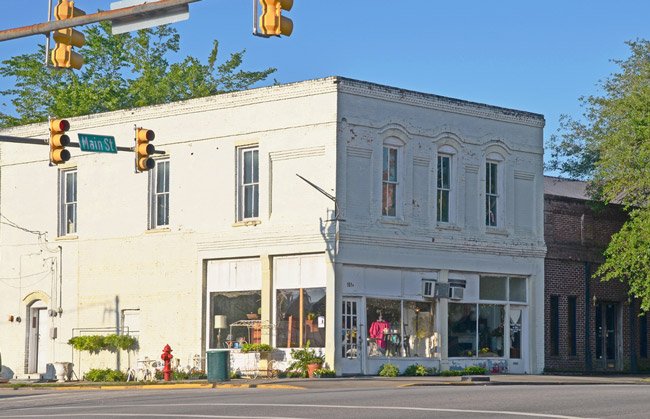 The Brockington Drugstore is listed in the National Register in the Kingstree Historic District as Gilman’s Real Estate and Jean’s Kut’n Kurl: