This depot in downtown Kingstree has been serving trains since it was built for the Atlantic Coast Line in 1905 by Florence contractor W.J. Wilkins. Located in the heart of the Pee Dee, the trains passing through this Williamsburg County town transported tobacco and cotton along these tracks throughout much of the twentieth century. 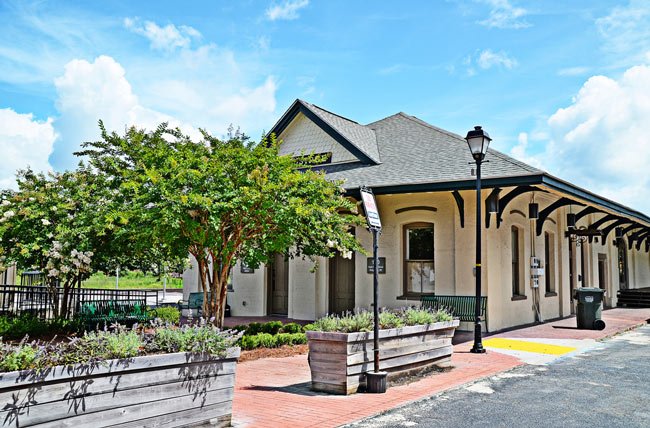 The Atlantic Coast Line merged with Seaboard Air Line to form the Seaboard Coast Line Railroad in 1967. Though the company phased out passenger service by 1971, passenger travel to and from Kingstree did not end. 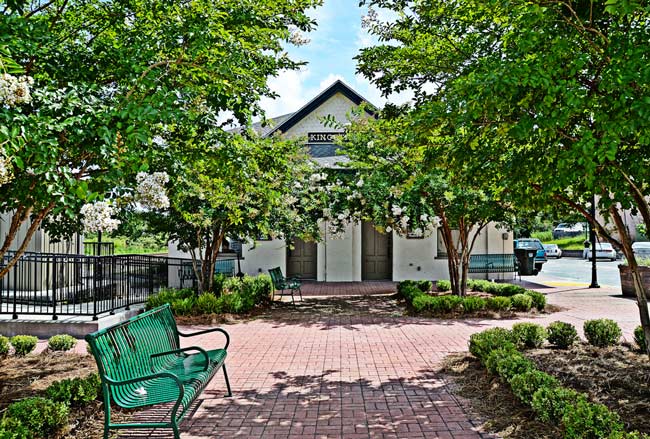 In 1976 Amtrak began stopping here, and the depot was named one of Amtrak’s Great American Stations. Travelers can still catch one of four daily trains, including the Palmetto, which travels from New York to Miami. 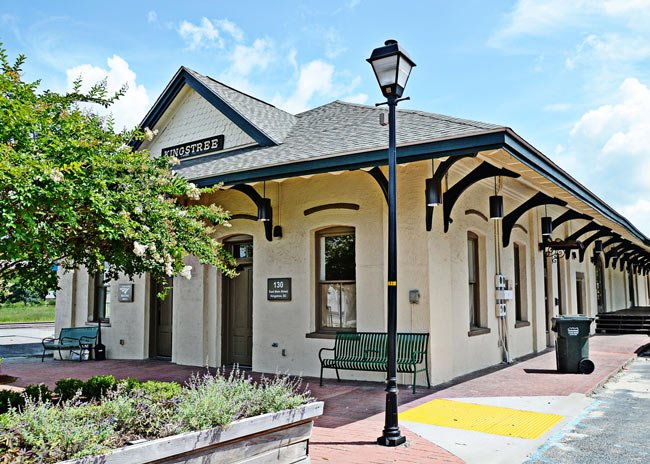 Though the depot is historic, it has been restored and updated over the years to continue providing modern amenities. The depot is currently owned and maintained by the Town of Kingstree. Space within the depot has served several restaurants over the years, including the Front Porch restaurant, which occupies the space presently. The front of the depot serves as offices for Main Street, Kingstree. 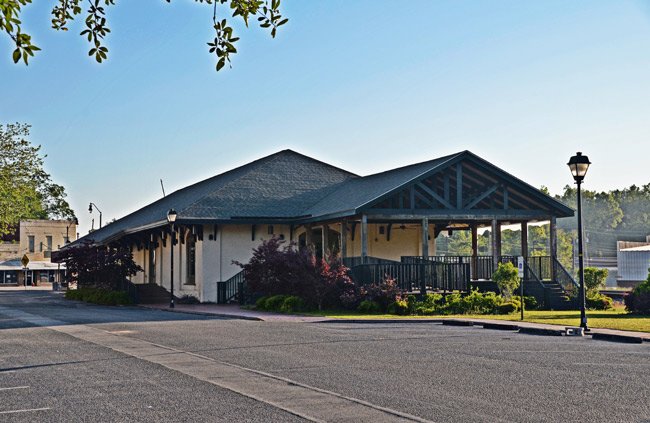 Read more about taking the Amtrak from Charleston to Kingstree.

The Kingstree Depot is listed in the National Register as part of the Kingstree Historic District: