If you like barbecue or just some old-fashioned fun, then mark your calendar for the third weekend of October and come visit Kingstree for the annual Pig Pickin’ Festival. Centered around a sumptuous barbecue cook-off featuring as many as 65 entries from South Carolina and beyond, the festival has expanded over the years to include a golf tournament, carnival rides, a parade, and the appearance of painted pigs around town. In recent years local merchants and other organizations have participated in creating swanky swine to draw attention to the festival and their own businesses. Below are a few painted pigs to introduce visitors to the Kingstree Pig Pickin’ Festival. 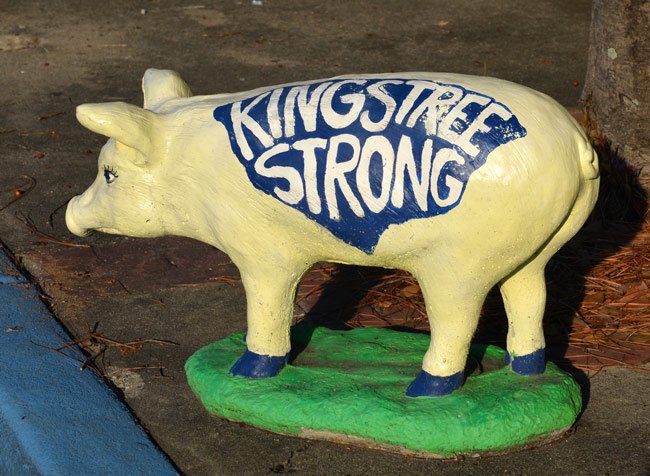 The above pig appeared after the devastating October floods of 2015. On October 7, 2015 The Black River crested at a record 22.5 feet as a result of the torrential rains. The Lamar Nathaniel Johnson Bridge temporarily closed along with hundreds of other bridges and roads throughout South Carolina. Around 1,000 Kingstree residents were under voluntary evacuation as the river continued to rise, even after the rains had stopped; several lost their homes. This pig serves as a reminder of the strength the people of Kingstree showed both during and after the event. 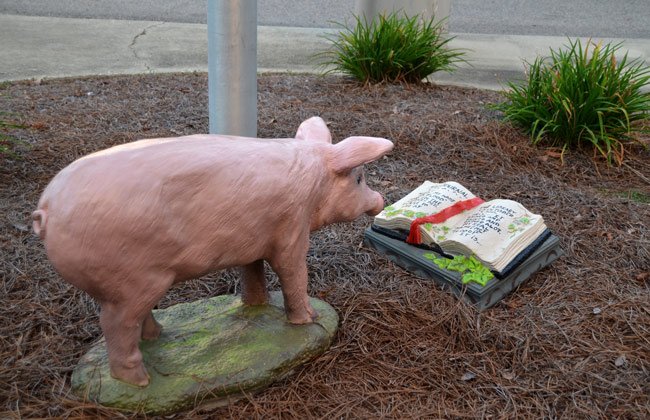 The pig seen above is certainly some pig, reading journal entries in front of the Williamsburg County Library. The 2015 flood made such an impact that even this little piggy wrote about it, saying, “It rained and rained and rained a lot!” 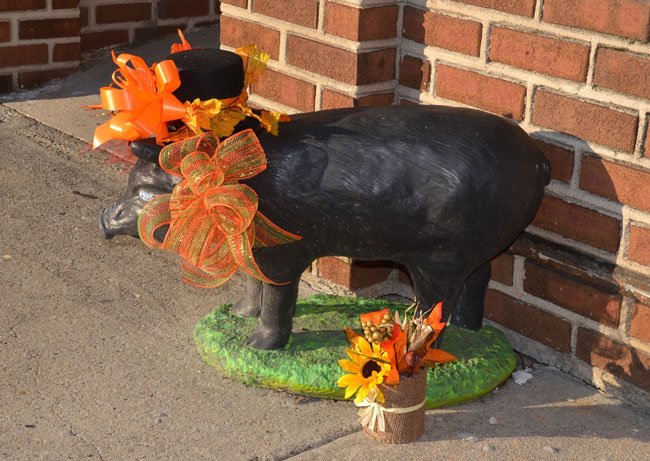 Above is a dapper pig adorning Holt’s Gifts and Jewelry. The warm colors are a “tip of the top hat” to the season of autumn. Many of these pigs can be seen for weeks before and after the festival – and some are left out all year long. 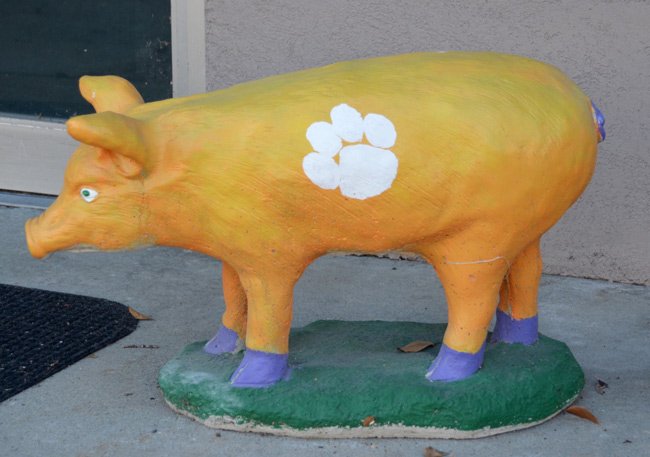 Clemson fans will love the orange pig seen above. It stands outside the Drucker Medical Equipment building and cheers on the Tigers throughout football season. On the other hand, maybe it’s just trying to draw attention to another kind of animal during the barbecue contest! 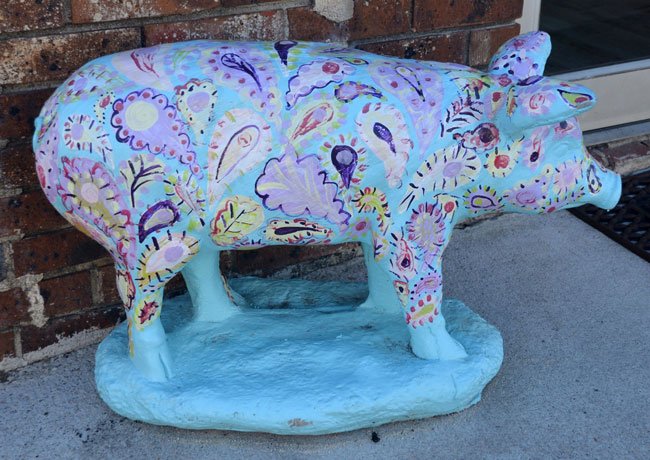 Finally, the paisley pig pictured above aptly stands before the Paisley Pearl Boutique in downtown Kingstree. The stylish sow reflects the theme of the store and provides a cheery sight for shoppers taking a break from the Pig Pickin’ festivities.

Contributor Linda Brown shares: “Kingstree celebrates its annual Pig Pickin’ Festival the third weekend of October. In addition to the BBQ contests, golf tournament, carnival rides, food vendors, fireworks, and musical entertainment, several years ago, businesses and organizations began decorating and displaying these pigs. Some of them show up just during the festival or the month of October, while many of them are on display year round.”