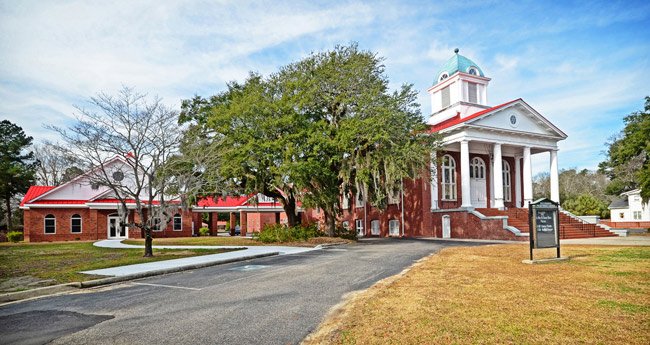 Originally located about a mile away at Williamsburg Cemetery, the first church built for Williamsburg Presbyterian, a simple meeting house, was completed in 1738, though some records claim the date was 1736. In 1786, a schism occurred within the church when members learned that the minister at the time doubted the divinity of Jesus. Several people left, and later they sent their slaves in the middle of the night to dismantle the first meeting house. The church did not reconcile until in 1828 after merging with nearby Bethel Church. In 1890 the church relocated to its current site and began building a larger church. Construction on the present church was completed in 1913. 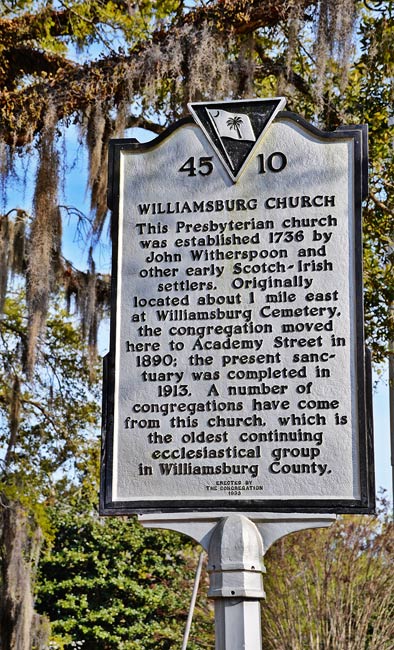 Still a thriving church, Williamsburg Presbyterian is a member of the Presbyterian Church of the United Stares of America (PC-USA).