Founded in 1853, this is the oldest Methodist church in Kingstree. When Scots-Irish immigrants settled here in the early eighteenth century, they quickly established Presbyterian strongholds such as Williamsburg Presbyterian Church in 1736. Though Methodism began spreading in the South during the early nineteenth century, many of these early congregations formed in rural areas, such as Ebenezer United Methodist Church in Hemingway, leaving a void of Methodism in more populated settlements. 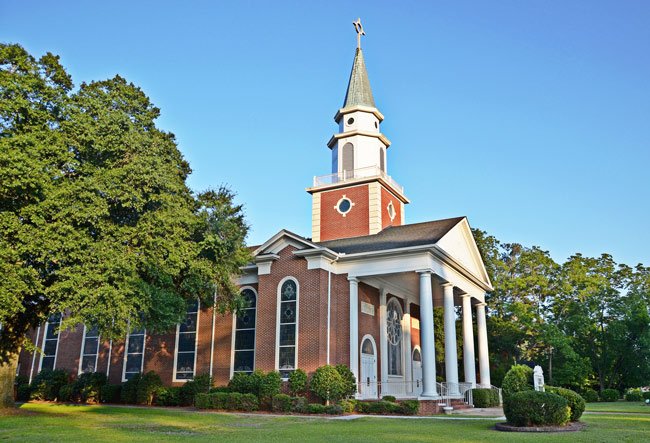 Despite the existence of Ebenezer Methodist, churches of other denominations were still rare in the Williamsburgh District (now Williamsburg County) until the mid-nineteenth century. In fact, during a meeting of the Harmony Presbytery in Sumter, the minister of Williamsburg Presbyterian Church – the Reverend James A. Wallace – gave thanks to God for allowing him to help prevent Methodist churches from forming in the district. Ironically, this statement prompted the founding of Kingstree Methodist Church when local attorney and fellow Presbyterian, Alexander Isaac McKnight – who was present at the meeting – disagreed and subsequently donated land for a Methodist congregation. 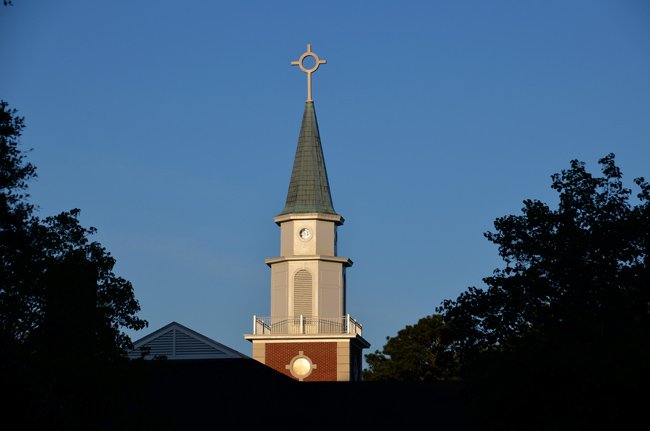 McKnight had attended Methodist sermons delivered by circuit-riding preachers and believed that the community would benefit from its own Methodist church, despite the exclusionary views of his own minister. On January 31, 1853, McKnight deeded a lot on the corner of Academy and Church streets to trustees of the town’s first Methodist church. The first house of worship was built on that lot soon after.

Michaele Duke of Kingstree, 2006 © Do Not Use Without Written Consent

The Reverend Wallace continued to preach against other denominations, however, claiming that the area was predestined to be Presbyterian due to land grants issued by King George to those who adhered to the Church of Scotland, which was historically untrue. Wallace lost the respect of many in the community as other denominations began to flourish, and he eventually moved to Arkansas and ultimately rejected Calvinsim. Many believe he suffered a mental breakdown at the end of his life.

As Methodism expanded in Williamsburg County, the congregation outgrew its first church. The original church was replaced with another house of worship in 1911. In 1957 the church acquired the lot on Longstreet Street and constructed the present church building, nearly 100 years after the church was formed. The church continues to serve the members of Kingstree Methodist Church today.

Many thanks to Linda Brown for sharing much of the information in this page.

Contributor Michaele Duke says of her above photo: “This church sits across from my workplace in Kingstree. This past winter they did some major renovations and scraping and painting the exterior was part of the process. The silhouette of the worker’s out-stretched arm along with the height of the steeple caught my attention.”