This building in Kingstree stands as a reminder of the successful businesses run by the Cooper brothers. James Fowler Cooper of Williamsburg County began the mercantile company Cooper Brothers Merchant and Planters in 1880 in the neighboring community of Fowler. The business initially sold general merchandise before the brothers branched out to establish local sawmills and cotton gins. 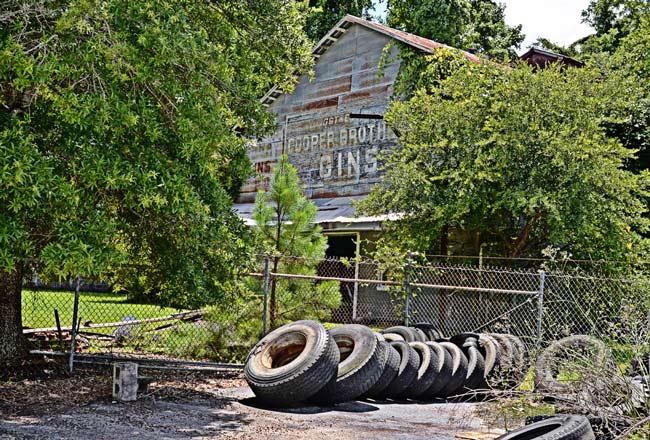 Cooper ran the company along with Hugh McCutcheon Cooper and Thomas M. Cooper. Hugh and James also served as postmasters for Fowler. According to contributor Linda Brown, this building is the only remnant of the many cotton gins that dotted Kingstree in the early and mid-twentieth century. As influential as the Cooper Brothers were, she goes on to say of the building, “Located behind Cabbage Tire and The Cabbage Patch on Longstreet Street, even some long-time Kingstree residents are not aware of its presence.”