This house of worship in Kingstree now serves a Catholic church, but it was built in 1948 as a synagogue. Both congregations have storied histories, beginning with Kingstree’s first Jewish resident, a lawyer named Melvin J. Hirsch. Hirsch joined the Confederate army during the Civil War and later held various positions of leadership in Kingstree following Reconstruction. Another Jewish resident, Louis Jacobs, immigrated to Charleston from Prussia and also served in the Confederate army. Jacobs relocated to Kingstree after the Civil War and became a merchant. During the turn of the twentieth century, several more Jewish families moved to Kingstree. 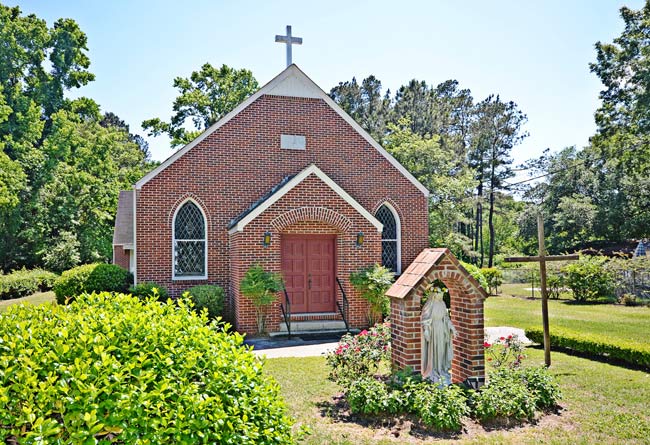 Though the number of Jewish families residing in Kingstree grew in the early 1900s, there was no central place to gather for prayer. Many would travel to people’s homes in nearby Georgetown for services or attend synagogue in Charleston or Sumter. Finally, this synagogue was built in 1948 to house the Jewish congregation of Kingstree, called Temple Beth Or. However, as children grew and left the Kingstree area over the following decades, membership declined. As a result, the congregation dissolved in 2004 and sold its building to a local Catholic church, St. Ann, in 2005. 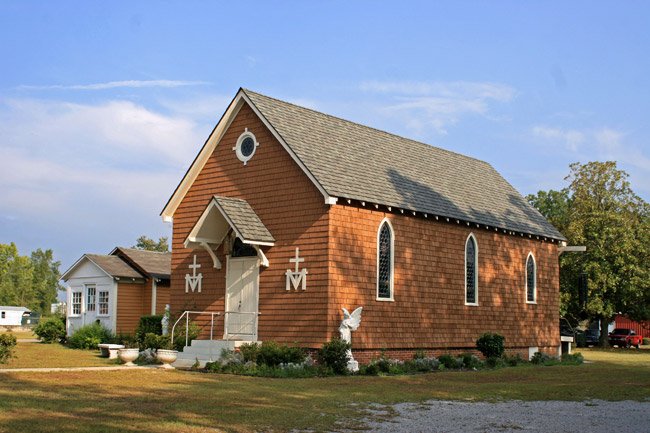 St. Ann Catholic Church did not form until 1947. Prior to that year, Catholics in the area met in private homes, much like the local Jewish families had done. Area Catholics suffered discrimination during their early years in Kingstree, including the burning of crosses on Catholic property. Undeterred, the Catholic community grew, and a chapel, seen above, was built for St. Ann on Main Street. As the congregation was considering renovating the original building in the early years of the twenty-first century, it learned that Temple Beth Or was for sale. St. Ann purchased the synagogue and relocated there, holding its first Mass in the building in 2006. The former St. Ann building on Main Street is now the site of the Shrine of Our Lady of South Carolina, Our Lady of Our Joyful Hope.