Kingstree was inhabited primarily by Presbyterians and Methodists until after the Civil War. In fact, the oldest continuously active church in Williamsburg County is Williamsburg Presbyterian Church. However, when Caroline “Carrie” Simons arrived as a young schoolteacher around 1879, she brought her Episcopal faith with her and helped establish the first church of its denomination in town. 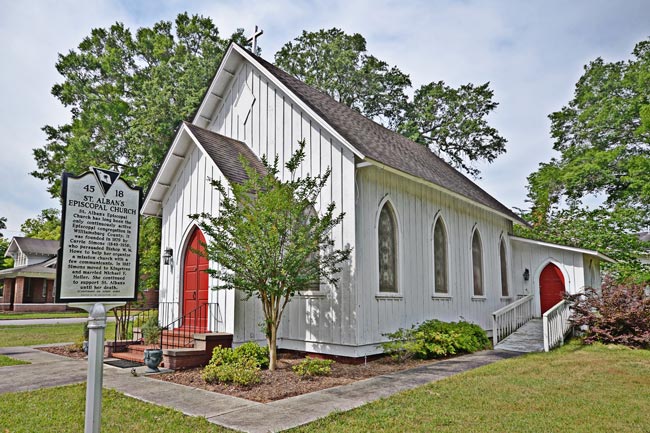 Initially Simons and four others met in the courthouse for worship services led by Bishop W.W. Howe. In June of 1882 William and Virginia Lee deeded a lot to the burgeoning Episcopal church with the stipulation that no part of the donated land ever be used as a cemetery. 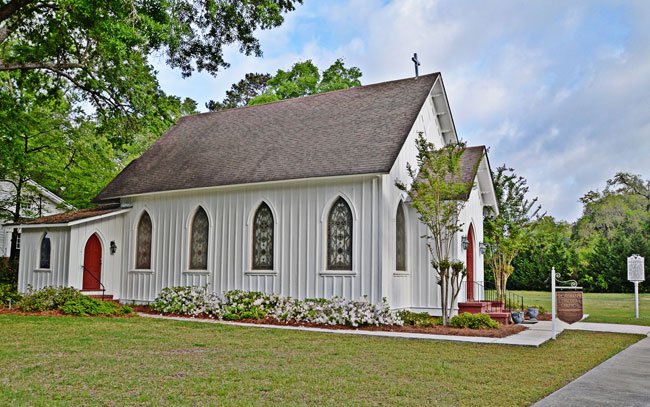 Heller oversaw the building of this church, which was constructed by the same builders who had completed the 1890 Williamsburg Presbyterian Church. In fact, the pews from the old Presbyterian church were used in St. Alban’s Episcopal Church until the new church was able to acquire its own.

The church adopted the name St. Alban’s Episcopal Church at the behest of the Reverend Herbert Jarvis, who was a priest here from 1894 through 1898. Both black and white worshipers have been members of this congregations since the church was built. Today the church remains active and is the county’s oldest continuously active Episcopal church. 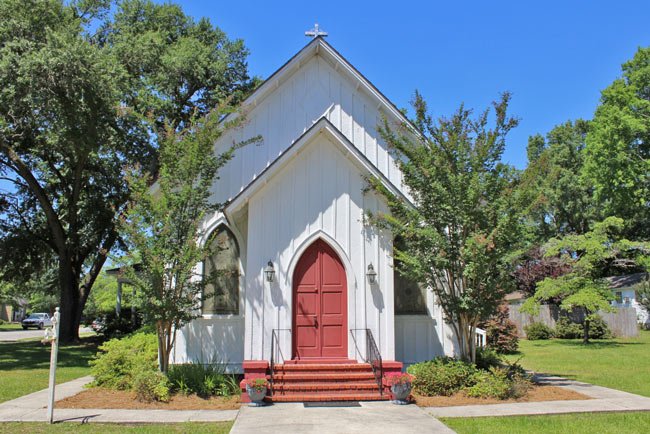