These six grain silos once stood behind the Salters Depot in rural Williamsburg County; two were removed sometime after March, 2013. The wholesale grain distribution company was established in 1952 and operated for 60 years. The family business was run by W.S. McCollough, Sr., and his sons, Gordon McCollough and W.S. McCollough, Jr. Though the business closed in 2012, the grain bins still tower over the town of Salters. 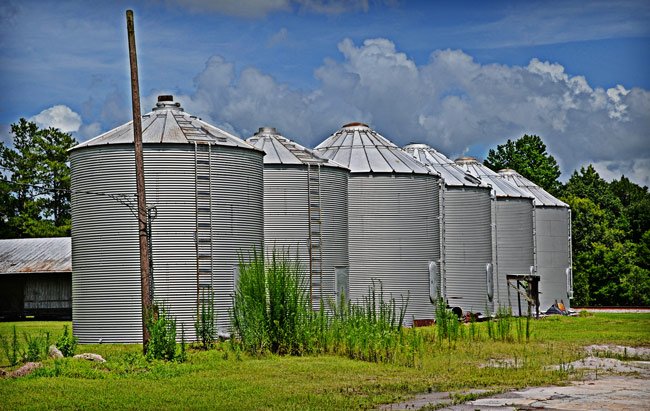 Many thanks to Linda Brown, who contributed the photo and information for this page. She goes on to say, “I recently noticed that a number of these grain bins have disappeared and was told they had been sold by the McCollough family, so I guess this has become an historical photograph in just two years.”