This brick church in downtown Clover was established in 1900 when a Methodist minister from nearby York, the Reverend S.H. Booth, traveled to town to preach. At that time, Clover – which began as a railroad town in 1876 – had no Methodist church. Those interested met in the Presbyterian church until the group organized its own church in 1901. That year, the Reverend J.M. Shell became the congregation’s first minister, and with his oversight an oblong frame building was constructed on a North Main Street lot donated by H.B. Maxwell. As the church membership grew over the following years, the need for more space led to an addition to the frame church in 1906. 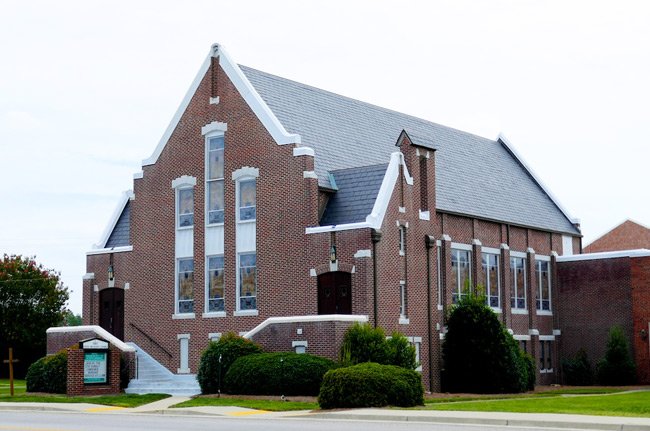 The church suffered a fire in 1928, which damaged the roof so badly that the congregation had to meet in a neighboring community house. Members decided against repairing the church, opting to build anew to accommodate an ever-growing congregation. The church purchased the current Bethel Street lot that same year, and following a successful revival held at the community center with so many attendees that overflow was housed in the local Presbyterian church, the congregation decided not to hesitate on building. Construction began shortly thereafter. By 1929, this stately edifice held its first worship service. Since then, three additions to the church have been built: in 1961, when an education building was erected; in 1969, when a a parsonage was constructed; and in 2004, when offices were added.