This early-nineteenth-century home in Rock Hill is thought to be one of the oldest dwellings in the city. Though the year of its completion is unknown, the house was built by farmer Stephen McCorkle, whose son was born in the home in 1821. The home originally bore a rectangular, two-story design typical of rural farmhouses. It assumed its present Victorian appearance during extensive modifications made around 1880. 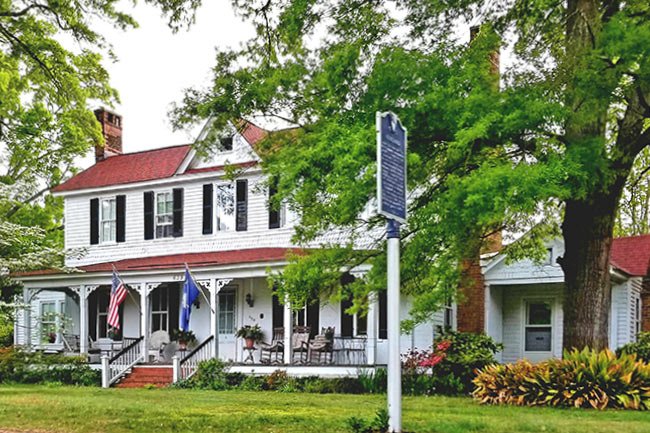 The modifications included the addition of a third elevation, a new stairway, ornamental brackets, and decorative shingles on the center gable. Also during this renovation, a one-story wing was added with details to match the main house, including a brick chimney, shingles, and porch posts. Around 1900 a carriage house was built behind the home, and around 1915 a formerly detached kitchen was connected to the house. 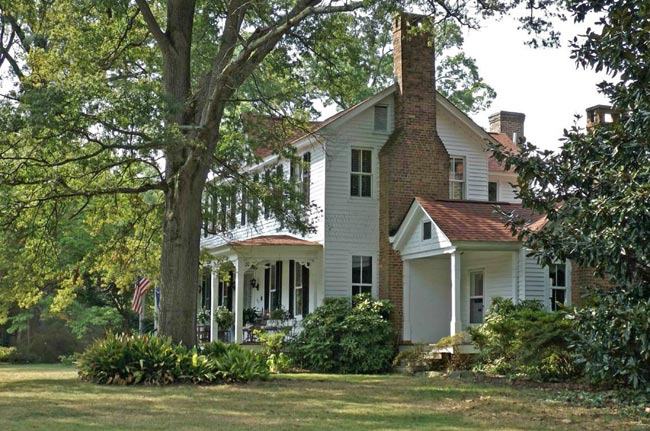 Charles Payne of Rock Hill, 2013 © Do Not Use Without Written Consent

In 1852 the home was sold to William Broach, the first depot agent of the Charlotte and South Carolina Railroad. Just a few years later – some time before 1859 – the home was occupied by Broach’s successor, Captain Hugh White Campbell. In 1859 Alexander Fewell, a businessman in the agricultural industry, bought the home. He later passed the property to his son, Samuel, who was responsible for many of the home’s radical renovations in the late-nineteenth century.

By 1890 the house became a place of business, owned by the Rock Hill Land and Town Site Company, a real estate and development company that donated land for Winthrop University. The university sits across from the house. The college relocated to the Rock Hill site from Ainsley Hall in Columbia in 1895. 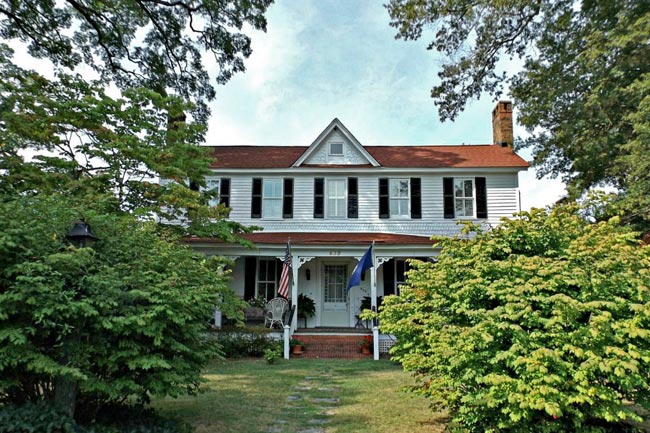 Charles Payne of Rock Hill, 2013 © Do Not Use Without Written Consent

In 1906 textile magnate Alexander Long purchased the property. That year, Long established Aragon Mills. The success of this plant led to Long’s position as president of other mills, including Arcade Mills, Baldwin Mills, and Blue Mills. In 1924 Aragon and Baldwin mills merged to become Aragon-Baldwin Mills, also headed by Long. As a leader in the textile industry, Long was remembered for prioritizing education for his employees and their families, creating adult education classes for area mill workers in the evenings. He also was appointed by the governor to serve as chairman of a state literacy commission. 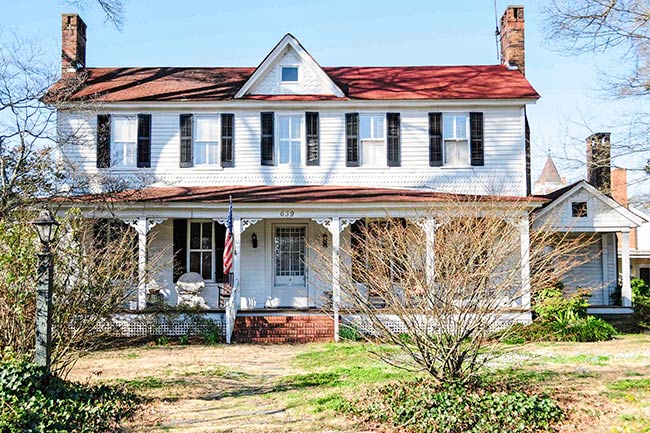 Long’s daughter acquired the home in 1932, and it remained hers until she moved to the Washington, D.C. area in the 1940s where she worked in the General Accounting Office as an examiner. Since then, it has belonged to several different owners, including several members of the faculty and staff at Winthrop University.

The McCorkle-Fewell-Long House is listed in the National Register:

The McCorkle-Fewell-Long House, believed to have been built by Stephen McCorkle prior to 1821, is considered to be one of the oldest remaining residences within the city limits of Rock Hill. The house is significant for its vernacular architecture and for its association with many locally prominent individuals. One previous owner, Alexander Long, played a significant role in the educational advancement of mill workers and their families in the area and is associated with the development of the textile industry in Rock Hill. The McCorkle-Fewell-Long House is a significant example of a local interpretation of the Piedmont farmhouse type that features vernacular influences of the Victorian era. The house was originally a two-story house with a symmetrical rectangular plan; numerous irregular additions have been made to three elevations. Construction is heavy timber frame sheathed with weatherboard and flushboard siding under the front porch. The house was extensively rebuilt ca. 1880, incorporating Victorian elements. Located to the rear of the house is the former carriage house which was constructed ca. 1900.